Guerra in Vietnam: vista dagli USA
(1973)
Single: Wake Up America! / How Do You Tell A Small Boy 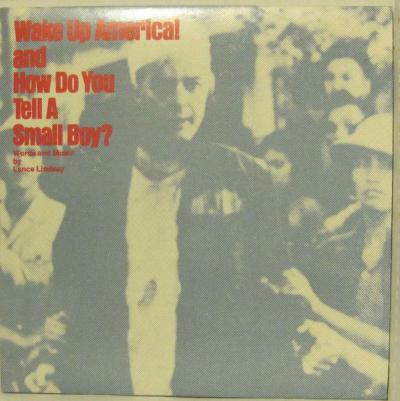 A double-sided Vietnam single, written and sung by Lance Lindsay. Bruce Miller arranged both sides. Released by Voices in Vital America (VIVA) - a not-for-profit student organisation formed in 1967 in Los Angeles by Carol Oates, under the name Victory in Vietnam Association, this group sought to counter campus radicalism while promoting concern for US soldiers missing in action and prisoners of war.

They famously distributed metal bracelets, with details of those M.I.A. or P.O.W., selling over 5 million. The group disbanded in 1976. Many of its records are held at the Vietnam Center and Archive, at Texas Tech.

The back of the picture sleeve said that

"over 1800 men are prisoners of war or missing in action. A picture of Lt. Ron Dodge (front cover) being escorted by North Vietnamese soldiers appeared in 'Paris March' magazine on Sept. 9 1967. Despite this evidence, Lt. Dodge is among the many men that Hanoi refuses to discuss or admit are prisoners...the solution to this tragic war must include neutral international inspection and identification of all prisoners of war in Southeast Asia. Only the strength of an outraged public can force Hanoi to disclose the fate of these men". 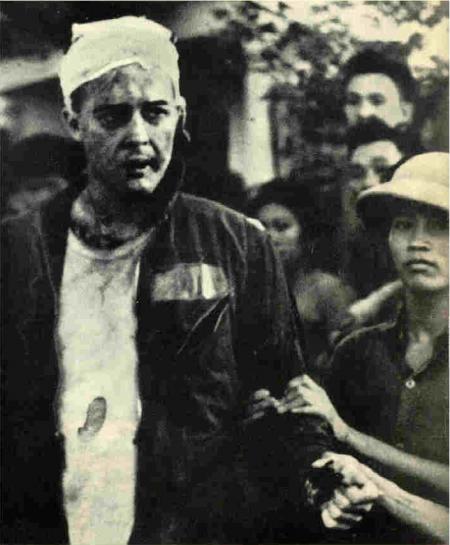 
The sleeve also said that all proceeds for this record went to VIVA to supports their projects. The Vietnamese returned the remains of Lt. Ron Dodge to the US in 1981.

In the first song "Wake Up America!" (Voice in Vital America # 1873), the narrator described the soldier in prison: "in a cell waits a man". Meanwhile his wife "prays alone each night", hoping for his safe return, thus showing the impact the P.O.W. situation had on families back home. Finally, the narrator called on the listener to help raise awareness of the P.O.W.s, making a list of all those missing in Vietnam, in order to help secure their release. Note the reference to the P.O.W.s from the Korean War.

In Korea men were left like this man,
389 are twenty years left behind,
now's the time to make a list
Get every name, you must insist!
it would be a crime not to try - Vietnam, identify

Somewhere at home a woman prays alone each night
without a husband or the right for single life
if you listen, soft and low, a broken voice will whisper
"Oh God please bring him home,
bring him home!"