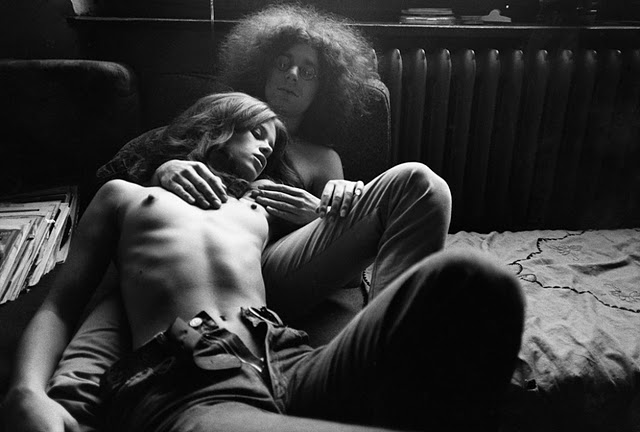 To hear you say that makes me think of that song "Anti-Orgasm" and the line, "Anti-war is anti-orgasm." Did you write that lyric?

Yes. I got that line from a German film called Eight Miles High. The German title is The Wild Life, and it's a biopic about this woman Uschi Obermaier. She was a young fashion model in Germany in the '60s, and she sort of ran away to a commune in Berlin that was called Kommune 1, where all these radical hippie commune dwellers walk around nude. It was a big sensation among young people in Germany at that time about this woman coming out of the fashion world and joining forces with this anti-authoritarian, anti-consumerist faction.

And one of the scenes of the movie is her in bed with her hippie lover and one of the other radicals is in bed with another woman—everybody sort of sleeps together—and he's not able to get it up. Her boyfriend says, "You know what his problem is: he's anti-orgasm." And I thought that was amusing, the politicizing of any sort of fear or repression in one's life, even though they think they're so liberated. So yeah, anti-war. Or "Anti-god is anti-orgasm" is the other line in the song. There are people applying that kind of feeling of arousal to conflict. People lust for war as well as lust for religion and the salvation that it promises.