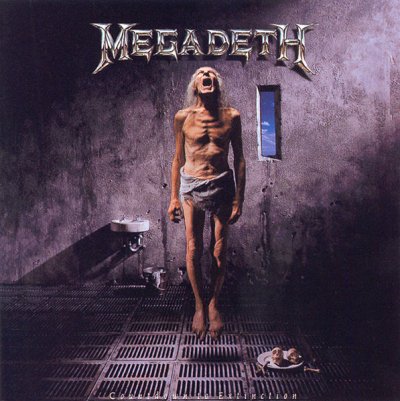 The song was covered by melodic death metal band Arch Enemy for a Kerrang! CD entitled "High Voltage! A brief history of rock" which featured modern bands set to define rock music for the next 25 years playing covers of bands that influenced them.

The song has also been covered by Paul Di'Anno for his compilation album The Living Dead, Nightwish (only live), Alghazanth and Fury. This song will also be covered by J Unfortunate on his upcoming album No Life Til Liver.

A cover version of the song is featured in the Playstation 2 video game Guitar Hero.

Another remix version by Trent Reznor of Nine Inch Nails was released on a CD-Maxi Single. The remix is entitled "The Gristle Mix" .

en.wikipedia
You take a mortal man,
And put him in control
Watch him become a god
Watch peoples heads a'roll
A'roll...

Just like the Pied Piper
Led rats through the streets
We dance like marionettes
Swaying to the Symphony ...
Of Destruction

Acting like a robot
Its metal brain corrodes
You try to take its pulse
Before the head explodes
Explodes...