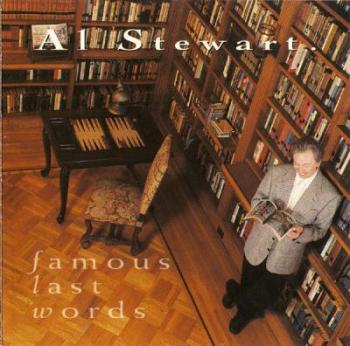 History and references behind Al Stewart's songs from www.alstewart.com 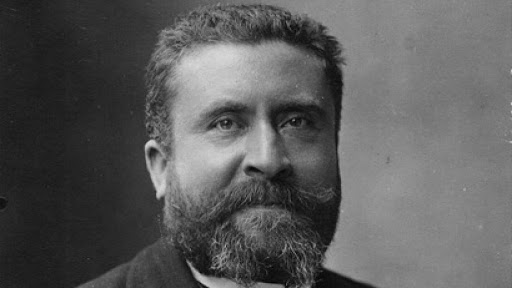 Jean-Joseph-Marie-Auguste Jaures was one of the leaders of the French Socialist movement during its formative years. He was born in Castres, France on September 3, 1859 and attended the Ecole Normale Superieure in Paris, earning the title agrege de philosophie. Upon graduation he worked as a teacher at the lycee of Albi (1881-83) and as a lecturer at the University of Toulouse (1883-85).
He was elected to the Chamber of Deputies in 1885 with no political affiliation. After his defeat in 1889, he returned to the university. In 1891 he presented two theses for his doctorate. He was returned to the chamber during the by-election of 1893. Although he was defeated again in 1898, he served again after being elected in 1902, 1906, 1910 and 1914.
By his election in 1893 he had adopted Socialism, although he belonged to the least revolutionary of the five schools of French Socialism (the Independent Socialists). His views never did coincide exactly with Marxism.
Although he agreed with the Marxist theory that class struggle was a motivating force in historical evolution, he felt that the idealistic aspirations of society wer of primary importance. He and his supporters believed they should work towards the gradual adoption of democratic socialism.
In 1905 the two remaining socialist parties joined under his leadership, forming the Section Grancaise de l'Internationale Ouvrire (French Section of the Worker's International).
Jaures was hostile towards the idea of a Franco-Russian alliance, and mistrustful of the Franco-British alliance he saw as being aimed against Germany. Jaures championed the idea of a Franco-German alliance, and this stand earned him the hatred of French nationalists.
In 1894 Jaures became involved in the Dreyfus Affair. He was convinced that Capt. Alfred Dreyfus was innocent, and that his conviction of treason was based on forged evidence. It was this stand that cost Jaures the election in 1898.
Jaures was assassinated in Paris on July 31, 1914 by Raoul Villain, three days before the start of World War I.
Villain is described as "a young aesthete of 29 who was tinged with insanity".
In the sapling years of the post war world
In an English market town
I do believe we travelled in schoolboy blue
The cap upon the crown
Books on knee
Our faces pressed against the dusty railway carriage panes
As all our lives went rolling on the clicking wheels of trains
The school years passed like eternity
And at last were left behind
And it seemed the city was calling me
To see what I might find
Almost grown, I stood before horizons made of dreams
I think I stole a kiss or two while rolling on the clicking
wheels of trains
Trains
All our lives were a whistle stop affair
No ties or chains
Throwing words like fireworks in the air
Not much remains
A photograph in your memory
Through the coloured lens of time
All our lives were just a smudge of smoke against the sky
The silver rails spread far and wide
Through the nineteenth century
Some straight and true, some serpentine
From the cities to the sea
And out of sight
Of those who rode in style there worked the military mind
On through the night to plot and chart the twisting paths of
trains
On the day they buried Jean Juarez
World War One broke free
Like an angry river overflowing
Its banks impatiently
While mile on mile
The soldiers filled the railway stations arteries and veins
I see them now go laughing on the clicking wheels of trains
Trains
Rolling off to the front
Across the narrow Russian gauge
Weeks turn into months
And the enthusiasm wanes
Sacrifices in seas of mud, and still you don't know why
All their lives are just a puff of smoke against the sky
Then came surrender, then came the peace
Then revolution out of the east
Then came the crash, then came the tears
Then came the thirties, the nightmare years
Then came the same thing over again
Mad as the moon
That watches over the plain
Oh, driven insane
But oh what kind of trains are these
That I never saw before
Snatching up the refugees
From the ghettoes of the war
To stand confused
With all their worldly goods, beneath the watching guard's disdain
As young and old go rolling on the clicking wheels of trains
And the driver only does this job
With vodka in his coat
And he turns around and he makes a sign
With his hand across his throat
For days on end
Through sun and snow, the destination still remains the same
For those who ride with death above the clicking wheels of trains
Trains
What became of the innocence
They had in childhood games
Painted red or blue
When I was young they all had names
Who'll remember the ones who only rode in them to die
All their lives are just a smudge of smoke against the sky
Now forty years have come and gone
And I'm far away from there
And I ride the Amtrak from NewYork City
To Philadelphia
And there's a man to bring you food and drink
And sometimes passengers exchange
A smile or two rolling on the humming wheels
But I can't tell you if it's them
Or if it's only me
But I believe when they look outside
They don't see what I see
Over there
Beyond the trees it seems that I can just make out the stained
Fields of Poland calling out to all the passing trains
Trains
I suppose that there's nothing
In this life remains the same
Everything is governed
By the losses and the gains
Still sometimes I get caught up in the past I can't say why
All our lives are just a smudge of smoke
Or just a breath of wind against the sky