We've Got a Bigger Problem Now 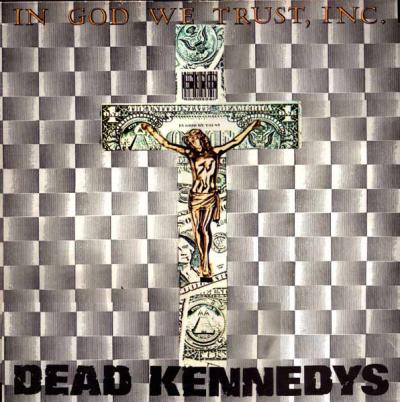 Last call for alcohol. Last call for your freedom of speech. Drink up. Happy hour is now enforced by law. Don't forget our house special, it's called a Trickie Dickie Screwdriver. It's got one part Jack Daniels, two parts purple Kool-Aid, and a jigger of formaldehyde from the jar with Hitler's brain in it we got in the back storeroom. Happy trails to you. Happy trails to you.

I am Emperor Ronald Reagan
Born again with fascist cravings
Still, you made me president
Human rights will soon go 'way
I am now your Shah today
Now I command all of you
Now you're going to pray in school
I'll make sure they're Christian too
California Über alles
Über alles California

Ku Klux Klan will control you
Still you think it's natural
Nigger knockin' for the master race
Still you wear the happy face
You closed your eyes, can't happen here
Alexander Haig is near
Vietnam won't come back you say
Join the army or you will pay
California Über alles
Über alles California

Yeah, that's it. Just relax. Have another drink, few more pretzels, little more MSG. Turn on those Dallas Cowboys on your TV. Lock your doors. Close your mind. It's time for the two-minute warning.

Welcome to 1984
Are you ready for the third world war?!?
You too will meet the secret police
They'll draft you and they'll jail your niece
You'll go quitely to boot camp
They'll shoot you dead, make you a man
Don't you worry, it's for a cause
Feeding global corporations' claws
Die on our brand new poison gas
El Salvador or Afghanistan
Making money for President Reagan
And all the friends of President Reagan
California Über alles
Über alles California