The 33rd of August 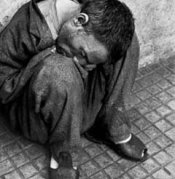 
Looks Like Rain is a 1969 concept album by singer-songwriter Mickey Newbury. After recording his debut album with RCA, Newbury was dissatisfied with the resulting album and left RCA to pursue a style closer to his tastes. Recorded at Cinderella Sound, as his next two albums would be, the result is widely considered his first real recording and represents a peak in the singer songwriter movement, especially for Nashville. The sound and style of the record would be highly influential during the Outlaw Movement during country music in the 1970s especially on albums by David Allan Coe and Waylon Jennings. Linking the tracks with delicate arrangements and liberal amount of atmosphere (almost all tracks feature rain sound effects), the record contains some of Newbury's most celebrated compositions including "She Even Woke Me Up to Say Goodbye", "33rd of August", "I Don't Think Much About Her No More", and "San Francisco Mabel Joy". AllMusic's review of the album concludes, "Looks Like Rain is so fine, so mysterious in its pace, dimension, quark strangeness and charm, it defies any attempt at strict categorization or criticism; a rare work of genius." Looks Like Rain was collected for CD issue on the eight-disc Mickey Newbury Collection from Mountain Retreat, Newbury's own label in the mid-1990s, along with nine other Newbury albums from 1969–1981. In 2011, it was reissued again, both separately and as part of the four-disc Mickey Newbury box set An American Trilogy, alongside two other albums recorded at Cinderella Sound, Frisco Mabel Joy and Heaven Help the Child. This release marks the first time that Looks Like Rain has been released on CD in remastered form, after the original master tapes (long thought to have been destroyed in a fire) were rediscovered in 2010. - en.wikipedia

"Newbury brought a rare intelligence and grace to the battered clichés of songwriting. One of his gifts was a penchant for turning a stock phrase around with a simple touch. 'You only live once...' he sings, pauses, then adds '...in a while.' There is similar wit in the title of "Just Dropped In (To See What Condition My Condition Was In)," and the refrain of "The 33rd of August," where he tells his audience that it is not only the 33rd of August, but also 'eight days from Sunday', though he is still 'Saturday bound.' Newbury loved to portray the out-of-tune or deranged state of mind of drunkards, lovers and drug users."- Perfect Sound Forever

Today, there's no salvation, the band's packed up and gone,
Left me standing with my penny in my hand.
There's a big crowd at the station where the blind man sings his songs,
But he can see what they can't understand.

Once I stumbled through the darkness, tumbled to my knees
A thousand voices screaming in my brain.
Woke up in a squad car, busted down for vagrancy,
Outside my cell as sure as hell, it looked like rain.

But now I've got my dangerous feelings under lock and chain,
Guess I killed my violent nature with a smile.
Though the demons danced and sang their song within my fevered brain,
Not all my God-like thoughts, Lord, were defiled.