A Nation Once Again

>>> Dermot Morgan classic parody piss-take of The Wolf Tones and...

I conflitti Irlandesi
"A Nation Once Again" is a song, written in the early to mid-1840s by Thomas Osborne Davis (1814–1845). Davis was a founder of Young Ireland, an Irish movement whose aim was the independence of Ireland.

Davis believed that songs could have a strong emotional impact on people. He wrote that "a song is worth a thousand harangues". He felt that music could have a particularly strong influence on Irish people at that time. He wrote: "Music is the first faculty of the Irish... we will endeavour to teach the people to sing the songs of their country that they may keep alive in their minds the love of the fatherland." 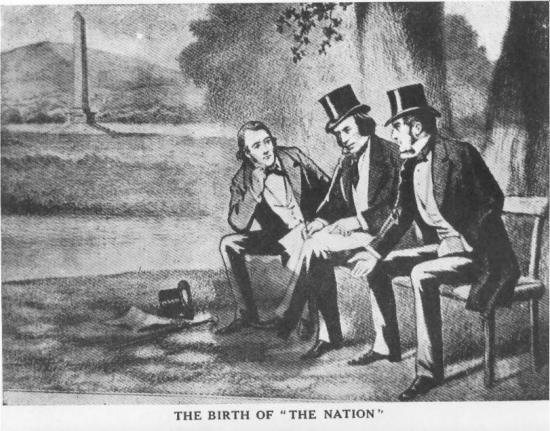 "A Nation Once Again" was first published in The Nation on 13 July 1844 and quickly became a rallying call for the growing Irish nationalist movement at that time.

The song is a prime example of the "Irish rebel music" subgenre. The song's narrator dreams of a time when Ireland will be, as the title suggests, a free land, with "our fetters rent in twain". The lyrics exhort Irish people to stand up and fight for their land: "And righteous men must make our land a nation once again".

It has been recorded by many Irish singers and groups, notably John McCormack, The Clancy Brothers, The Dubliners, The Wolfe Tones (a group with Republican leanings) in 1972, the Poxy Boggards, and The Irish Tenors (John McDermott, Ronan Tynan, Anthony Kearns) and Sean Conway for a 2007 single. In the Beatles' movie A Hard Day's Night, Paul McCartney's grandfather begins singing the song at the British police officers after they arrest him for peddling autographed pictures of the band members.

Davis copied the melody for the chorus from the second movement of Mozart's clarinet concerto.

A Nation Once Again - Wikipedia 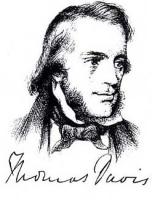 And from that time, through wildest woe,
That hope has shone a far light,
Nor could love's brightest summer glow
Outshine that solemn starlight;
It seemed to watch above my head
In forum, field and fane,
Its angel voice sang round my bed,
A Nation once again!

It whisper'd too, that freedom's ark
And service high and holy,
Would be profaned by feelings dark
And passions vain or lowly;
For, Freedom comes from God's right hand,
And needs a Godly train;
And righteous men must make our land
A Nation once again!

So, as I grew from boy to man,
I bent me to that bidding
My spirit of each selfish plan
And cruel passion ridding;
For, thus I hoped some day to aid,
Oh, can such hope be vain?
When my dear country shall be made
A Nation once again!

SPOKEN:
Many songs are sung and written about Emmett, Pearse and Tone
But no one knows that son of Ireland who loved to chew a bone
A patriot so fearless who fought doggedly for his nation
Not a Catholic or a Protestant but a bloody big Alsatian

SING:
Way back in 1920 when the troubles were real bad
The Black and Tans were searching houses driving people mad
Many Irish men and women lent a hand to help the cause
Here's the story of a hero that lent a pair of paws

The Tans went out in terror; Fido saved us one and all
So we looked at him as he laid there on the ceiling, floor and wall
Another martyr for old Ireland by Britannia cruelly slain
Some day up there I hope he'll be an Alsatian once again 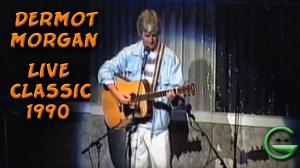 Dermot Morgan classic parody piss-take of The Wolf Tones and Irish rebel anthem A Nation Once Again. It was filmed at The Entertainment Party Conference over...