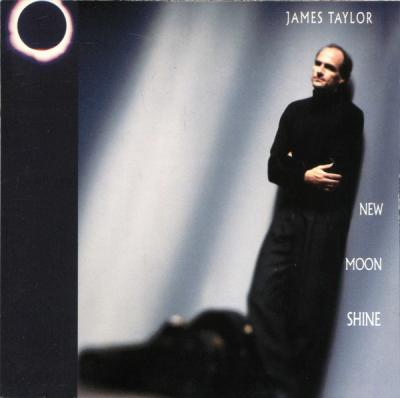 Taylor throws a barb at Desert Storm hero, Gen. Norman Schwarzkopf, in the new song ''Slap Leather,'' an uncharacteristic rockabilly tune. ''Stormin` Norman, I just love a parade,'' Taylor sings with a touch of sarcasm, adding that some Americans felt they were fighting just for a ''Big Mac falafel and a side of fries.''

''I guess some people just wanted to feel better about being an American,'' says Taylor. ''But I remember Bush`s pronouncement that the specter of Vietnam was forever buried in the desert sands of the Persian peninsula. I mean, give me a break. This guy also won Vietnam for us now? It was such a political thing and our reaction to it was so overly simplistic.

''Our reaction really was `Big Mac falafel.` That`s the way we saw it. The whole thing was a cartoon, and a line drawing at that. I don`t know. I don`t want to insult people who have a huge emotional attachment to how great Desert Storm was, so maybe we should back off this a little bit.

''But I couldn`t help but notice that 100,000 people were baked in their bunkers and that these people were basically political prisoners. It really kind of drove me nuts, the whole process.''

The song ''Slap Leather'' also fires a dart at President Reagan. ''The first verse is about Ronald Reagan saddling up and riding into the sunset, then going to Japan and accepting $2 million to sell the presidency. I don`t blame the Japanese for that. They wanted him. But it was Reagan`s decision to negotiate that huge price for it. And it was the wrong thing to do. It felt real bad at the time.''

As for Reagan`s legacy, Taylor can`t resist a parting shot. ''He removed us one step from living in reality. He didn`t do anything, except open the doors and let the shark men feed, which was basically his only purpose. He was the mechanism for our national denial of what we really were headed for.

''He showed that we just wanted to go to sleep for another 10 years. He lifted us off from reality and put our national self-image squarely on TV. And national politics still suffers from that `Alice in Wonderland` mentality.''
Chicago Tribune
Take all the money that we need for school
And to keep the street people in out of the cold
Spend it on a weapon you can never use
Make the world an offer that they can't refuse
Open up the door and let the shark-men feed
Hoover of the future in the land of greed
Sell the Ponderosa to the Japanese
Slap leather, head for that line of trees, yeah
Slap leather
Go on Ron
Just about to go myself

Turn the whole wide world into a TV show
So it's just the same game wherever you go
You never meet a soul that you don't already know
One big advertisement for the status quo
As if these celebrities were your close friends
As if you knew how the story ends
As if you weren't sitting in a room alone
And there was somebody real at the other end of the phone, yeah
Squibnocket
Phone sex
Just about to dial your number

Get all worked up so we can go to war
We find something worth killing for
Tie a yellow ribbon around your eyes
Big McFalafel and a side of fries
Yeah, Big McFalafel
Stormin' Norman
I just love a parade
Slap leather
Phone love
Big McFalafel
Just about to dial myself 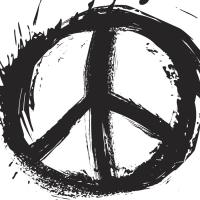 Personal collection of protest songs, currently present on youtube. They are categorized in playlists by themes to study the content and to focus attention on the messages. Glimpses of truth, divine light, righteous anger and soul power, in the shape of lyrics and sound.

If you have a comment about this channel or a suggestion for a valuable addition, please leave a message.

Dick Lucas (frontman of Subhumans/Citizen Fish) gave some advice for