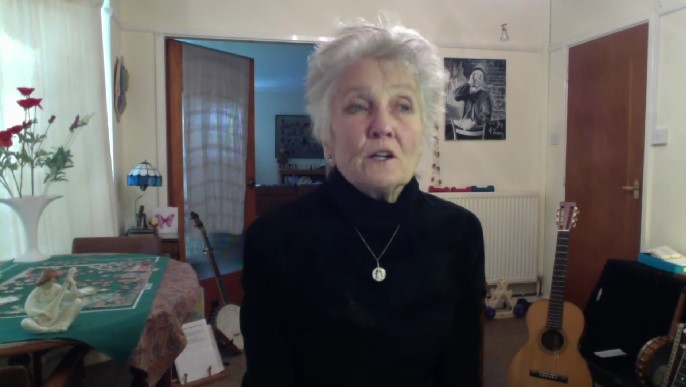 This song has not been published, and so is unnamed. Seeger sang it on a "Peggy at 5 on Sunday" live stream on her Youtube Channel May 10th 2020. It was made to existing tune and format - a British children's scatalogical song.

What Donald doesn't want
Is getting buddy buddy with every friggin' country
That is muslim, or just down on it's luck
If anyone gets in his way he'll tell them all to
F...unny how we thought that he was going to loose
But now he's in the white house, it's clear he's going to
Screw the people, screw the climate, screw the  Earth and then
Make the world a safer place for Yankee business men