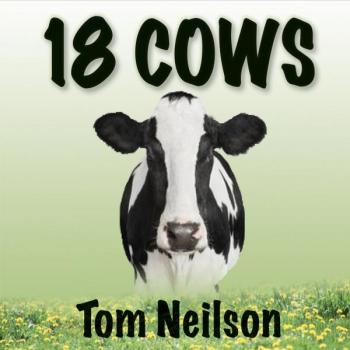 Long before Lewis and Clark paddled by, Native Americans built homes here at the confluence of the Cannonball and Missouri rivers, using the thick earth to guard against brutal winters and hard summer heat. They were called the Mandan people.
Now, Native Americans are living here again. They sleep in teepees and nylon tents. They ride horses and drive quad cabs. They string banners between trees and, when they can get a signal, they post messages with hashtags such as #ReZpectOurWater, #NoDakotaAccess and #NODAPL. For weeks, they have been arriving from the scattered patches of the United States where the government put their ancestors to protest what they say is one indignity too many in a history that has included extermination and exploitation.
It is called the Dakota Access oil pipeline and it could carry more than 400,000 barrels of crude oil a day from the Bakken region of western North Dakota across South Dakota and Iowa to connect with an existing pipeline in Illinois. 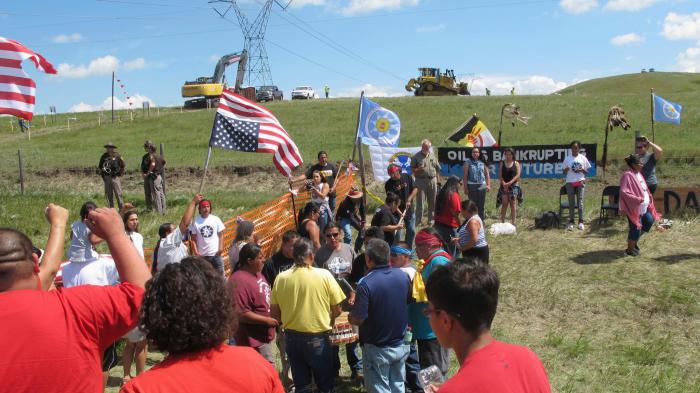 
The 1,100-mile pipeline, which is estimated to cost $3.7 billion, is nearly halfway complete. But construction on a section that would sink beneath the Missouri River, just north of the reservation of the Standing Rock Sioux, has been halted under orders from the sheriff of Morton County, Kyle Kirchmeier. He said protesters, nearly 30 of whom have been arrested in recent weeks, were creating safety issues.

Yet the protesters say they are creating something very different – new resistance against what they say is a seemingly endless number of pipelines, export terminals and rail lines that would transport fossil fuels across or near tribal reservations, risking pollution to air, water and land.

“Every time there’s a project of this magnitude, so the nation can benefit, there’s a cost”, Dave Archambault, the chairman of the Standing Rock Sioux, who was among those arrested, said in an interview. “That cost is born by tribal nations”.

Archambault and other native leaders have been caught off guard by the support they have received. What began with a handful of natives establishing a prayer camp along the river this spring has now drawn international environmental groups and prompted Hollywood celebrities, including Susan Sarandon and Shailene Woodley, to join them, whether here or in a protest last week in Washington, D.C., or on social media.

“Inspired by the Standing Rock Sioux’s efforts to halt the Dakota Access Pipeline”, Leonardo DiCaprio posted on Twitter.
Tech Big Crow, 18, cares for Blue, one of the horses he and others have brought to the protest site, at the confluence of the Cannonball and Missouri rivers.

Lawyers from Earthjustice are representing the Standing Rock Sioux in a legal effort to stop construction of the pipeline. They claim that the Army Corps of Engineers violated the National Historic Preservation Act when it approved the project and that a more stringent environmental review should be done. They say the pipeline and its construction would damage ancestral sites of the Standing Rock Sioux and put the tribe’s water supply at risk.

On Thursday, nearly three dozen environmental groups wrote to President Obama, who visited the Standing Rock Sioux reservation in 2014 with Michelle Obama, saying the Corps approved the project using a fast-track process, known as permit 12, that was inadequate given its size and the many sensitive areas it would cross.

The Corps of Engineers argued in court in Washington this week that the Standing Rock Sioux and other parties had ample time to express concerns during a review process and that the pipeline was properly approved. Energy Transfer Partners, the Texas company building it, says the pipeline will increase the nation’s energy independence and that it is a safer means of transport than rail.

The judge over seeing the case, James A. Boasberg of United States District Court, said this week that he will rule no later than Sept. 9 on a request by the Standing Rock Sioux to stop construction and reconsider permits the project has received.

The pipeline has met resistance elsewhere along its route, including from farmers in Iowa concerned about soil damage and property owners whose land is being taken by eminent domain. But nothing compares to what has taken hold here between the rivers.

Nantinki Young, who goes by Tink, is a member of the Rosebud Sioux tribe from South Dakota; she runs the cook shack here. Winona, who did not give her last name, is Penobscot. She left Maine on Monday and drove 2,100 miles to put together a recycling program for the hundreds of new residents of the protest camp.

And then there is Clyde Bellecourt. He is Ojibwe. He came from Minnesota, but may be better associated with Wounded Knee, S.D. Not the massacre in 1890, but the standoff in 1973, when the group he helped found, the American Indian Movement, suddenly became a household name, the image of Indian activism.

He is 80 now. Sitting in a folding chair not far from the Buick where he keeps copies of a flyer promoting his new memoir, he likes what he sees.

“My life is almost over, but there’s fresh energy here,” he said. “Save the children – that’s what this is all about.”

Protesters have vowed to stay at least until Judge Boasberg rules and potentially much longer. Monitors from Amnesty International have arrived. An employee of the federal Indian Health Service established a first aid tent. Vans carpooled people to showers.

Members of the Standing Rock Sioux formed Spirit Resistance Radio, at 87.9 FM, to broadcast updates. An Art Market opened to sell handmade crafts. There was talk, lighthearted for now, about establishing a school that would teach children at the camp site in native languages.

The Morton County Sheriff’s office has blocked one of the main routes to the camp from Bismarck, the state capital, forcing some protesters to drive a lengthier route to the site. Law enforcement is planning to escort school buses that travel through the area, though protesters say they want nothing but peace and prayers.

People have been practicing nonviolent direct action tactics, preparing to try to stop construction should it start again. A lawyer from Colorado working pro bono asked protesters to fill out forms “if you think that you have a clean record and you want to be arrestable.”

Jasilyn Charger, 20, is among a group of young natives who ran together from North Dakota to Washington to protest the pipeline. She remembers the early days of the protest, when just a handful of people prayed by the river.

“When we started this, people thought we were crazy”, she said. “But look at where we are today”.

Don Cuny, 65, was among those impressed with how robust the camp had become. Like Bellecourt, he was at Wounded Knee when natives led a 71-day standoff in the town on the Pine Ridge Indian Reservation in South Dakota. That effort was driven in part by a goal to rewrite treaties with the government.

“This kind of reminds me of back in Wounded Knee”, said Cuny, who goes by Cuny Dog. “Except that I’m gaining weight. At Wounded Knee, I lost weight”.

With echoes of Wounded Knee, tribes mount prairie occupation to block North Dakota pipeline
A handful of people prayed by the river
on ancestral ground
Protectors of the earth, air and water,
in peace they gathered round

From Crazy Horse to Leonard Peltier,
armored cars and riot gear
They won't drive us away with fear…
Wounded Knee whispers in my ear

Obama says his strategy,
authority of TPP
Hillary has nothing to say:
she wants that pipeline comin' our way.
Jill Stein came and signed her name
won't be part of the corporate shame.
Extinction's coming with oil and gas,
Seven generations on,
say this pipeline, ain't gonna pass.

At Standing Rock we stand our ground
soldiers, cops and dogs surround
Tear my skin and burn my face…
We ain't gonna leave this place

Treaties broken repeatedly,
1851 Ft Laramie
Dog attackers all go free,
but arrest us for corn and willow trees
The constitution's been replaced
by shotguns, handcuffs, clubs and mace
A tank and chopper circling round
body slamming to the ground.

LRADS & MRAPS, concussion grenades,
a US military invades
Shooting horses and tasers apparently
are ok with Obama and HRC
From Crazy Horse to Leonard Peltier,
armored cars and riot gear
They won't drive us away with fear…
Wounded Knee echoes in my ear.
You can tear my skin and burn my face,
We ain't gonna leave this place…