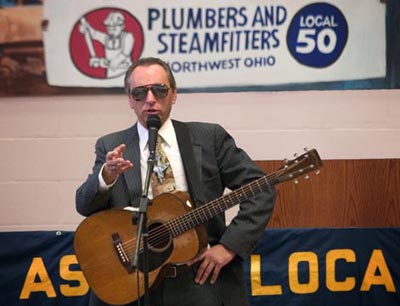 In 1955 came civil rights
In 1955, civil rights
There was much to overcome
Ku Klux terror and the gun
Who knew what was to come in 55

The eighties were the fifties upside down
Plutocrats and colonels gaining ground
When we hit 1984
It was like the book, maybe more
Oh, the eighties were dark days all around