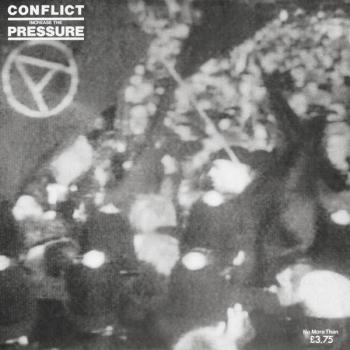 While Maggie sits back in her province of power
The nation's scared shitless in fear of a shower
Of the worst thing that would be possible
The destruction of the world, the murder of us all
God save the Queen, are you sure it ain't the banks?
It's the profit of all nations that makes the leaders wank
From the Germans to the Russians and the Great British too
The people are the same, it's the Government who…

…Fuck, rape and destroy our world they treat as a toy
The truth they abuse and hide with war, threats, system and lies
Thirty million will die while the royals and Government hides
So, the nation's wealth can survive but the rest of us just fry

The man Hesletine sits and gloats at his warheads
Thatcher observes, "oh, there's a hundred thousand more dead
The missiles roar over, there's nothing they can do
But there's still a chance to stop it and that relies on me and you
Maggie sucks Andropov in her brothel of power
While Reagan gives speeches of bullshit to cover
The fact that its profit that brought the missile fear
Well ram them up your own arse, because we don't want them here
What are we going to be doing now it's 1984?