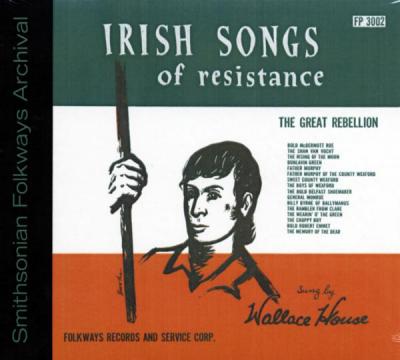 I had a fair young sweetheart, Jane Wilkin was her name
She said it grieved her heart full sore to see me in the train
She told me if I would desert to come and let her know
She would dress me up in her old clothes that I might go to and fro

We marched to Chapelizod like heroes stout and bold (1)
I'll be no more a slave to you my officer I told
For to work upon a Sunday with me does not agree
And the first chance that occurs to me, I'll take my liberty

The night that I deserted I had no place to go
I went into meadow and lay down in the hay
It was not long that I lay there till I awake again
And looking all around me, boys, I spied six of the train

As for George Clarke of Carrick I own he's very mean (3)
For the sake of thirty shillings he had me took again
They threw me in the guard house, me fate for to deplore
With four on every window, boys, and six on every door

On being in close confinement, I soon looked all around
I climbed out of a window and knocked four of them down
The light horse and the train me boys, they soon did follow me
But I kept me road before them and preserved my liberty

I am a bold shoemaker, Sam Irwin is my name
I could beat as many Orangemen as 'listed in the train (8)
I could beat as many Orangemen as would stand in a row
I'd make them fly before me like an arrow from a bow.
(1) Chapelizod (Irish: Séipéal Iosóid, meaning "Iseult's Chapel") is a village preserved within the city of Dublin, Ireland (en.wikipedia). (E' il paese natale di Frank Harte, 1933-2005)

(2) Tipperary (Irish: Tiobraid Árann, meaning "Well of the Ara") is a town and a civil parish in County Tipperary, Ireland (en.wikipedia).

(4) John Murphy (1753 – c. 2 July 1798) was an Irish Roman Catholic priest and one of the leaders of the Irish Rebellion of 1798 in Wexford who was executed by British soldiers. (en.wikipedia). Sulla figura di Father Murphy si veda la canzone Boolavogue 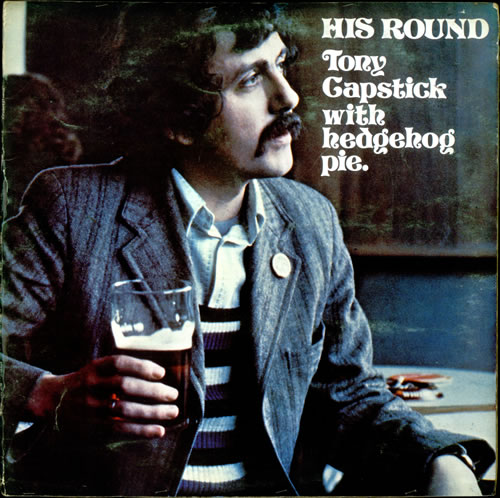 I am a rambling Royal,
From Liverpool town I come,
And to me sad misfortune,
I enlisted in the Marine.
But being drunk when I enlisted
And not knowing what I done,
Until me sober senses
Returned to me again.

I had a girl in Liverpool,
And a true friend, so it seemed;
It broke her heart and made it smart,
To see me in the Marine.
She says, “If you’ll desert, me boy,
Then quickly let me know,
And I’ll hide you in me own room,
If you should choose to go.”

Well it was early the very next morning,
As our officer give command,
That me and me loyal comrades,
That night on guard should stand.
But the night being dark and cold and wet
Did not with me agree;
So I knocked out the guard-room corporal
And I ran for liberty.

And I rambled all that livelong night,
Until I lost me way.
Then I crept into a farmer’s barn,
To sleep all in the hay.
Oh, but when I awoke, it was no joke,
For there, all at me feet.
Well, the sergeant and the corporal
And four bloody squaddies stood.

And we had a murderous fight of it,
And I damn-nigh beat them all.
Yes, I made me cowardly comrades
In agonies to bawl.
But they took me to the guard house,
There me sorrows to deplore,
With four men at the window
And another four at the door.

Well, it was early the very next morning
As I paced me cell around,
I leapt out from the window and
Dashed four of ‘em to the ground.
The Provost and his bullies, (1)
They was quickly after me,
But I legged it off to Birkenhead, (2)
And so gained me liberty.

For I am a rambling Royal
James Cronin is me name.
I can fight as many corporals
As you’ll find in the Marine.
I can fight as many Orangemen
As ever banged a drum,
And I’ll make ‘em fly before me
Just like bullets from a gun.
(1) Provost, o semplicemente Provo (dal latino praepositus), indica la polizia militare.