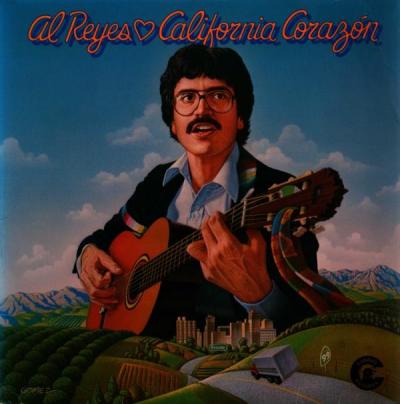 
An emotional musical saga, "Vietnam Veterano" portrays the feelings that Chicano communities experienced during the Vietnam War. In the song, Al Reyes, a musician and an award-winning journalist, reveals some of the tensions caused by the war; however, it is the interview excerpts (with veteran David Rodriguez) woven into the composition that illuminate the hard-to-understand feelings soldiers and protesters of the war were having. Combat soundscapes, added to the musical and narrative sections, intensify the affect of the track, complementing Reyes' plaintive vocals.

(liner notes from Rolas de Aztlán: Songs of the Chicano Movement, Smithsonian Folkways)
You found yourself on a beach in Da Nang
With dudes from Tejas, corridos you sang
To get your mind on another patrol.
Get your 16 ready, its time to go.

You crawled through jungles, steamy-hot;
You saw vatos your age get shot.
Heard the cries, saw them die there,
You’ve come home with ugly nightmares.

In Chu Lai you were fighting away
With the raza on the streets in L.A.
They say this country ships us all o. to fight,
To return and deny us our rights.

So Chicanos fought and Chicanos died,
Spirits of Aztec warriors at their sides.
Fight fiercely, what else could we do?
Just like we did in World War II.

You soon found out they didn’t care
About what you went through over there.
Don’t ask, because not much you’ll get,
This war is one they’d rather forget.

Qué loco, Vietnam veterano,
The scars are still on you.
Do you still hear the helicopter sound?
Don’t let them put you down