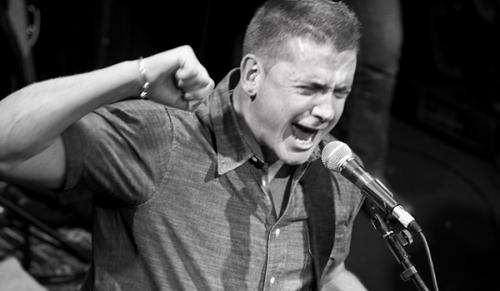 Una canzone che riassume la triste storia dell'Irlanda, e insieme un'accusa ai misfatti del colonialismo a livello mondiale.
I sing the song of the colony
How many years and you're still not free
And your mother cries and you ask god why
Greed is the knife and the scars run deep
How many races with much reason to weep
And your children cry
And you ask god why

Annie, she came from Dunlavin Town
The TB came and killed her family all around
Population booms
Eleven in two rooms
Katie she came from down Townsend street
Ten in a bed and no shoes on their feet
1916 came
They played the patriots game
Freddy, he came from the Iveagh flats
Tenement slums and infested with rats
Sleeping on damp straw
Trying not to break the law
Thomas, he came from Kilmaine in Mayo
Semi starvation was the only life you'd know
In a two room shack
Then jailed in Letterfrack

I look to the east, I look to the west
To the north and the south, and I'm not too impressed
Time after time
After crime after crime
They raped, robbed, pillaged, enslaved and murdered
Jesus Christ was their god and they done it in his name
So he could take the blame if it's not all a game
With bible in one hand and a sword in the other
They came to purify my land of my Gaelic Irish mothers
And fathers, and sisters and brothers
With our own ancient customs, laws, music, art
Way of life and culture
Tribal in structure
We had a civilisation
When they were still neanderthal nations
We suffer with the Native American, the Indian in Asia
Aboriginal Australia
The African people with their history so deep
And our children still weep and our lives are still cheap
You came from Germany, from France, from England
And from Spain
From Belgium and from Portugal
You all done much the same