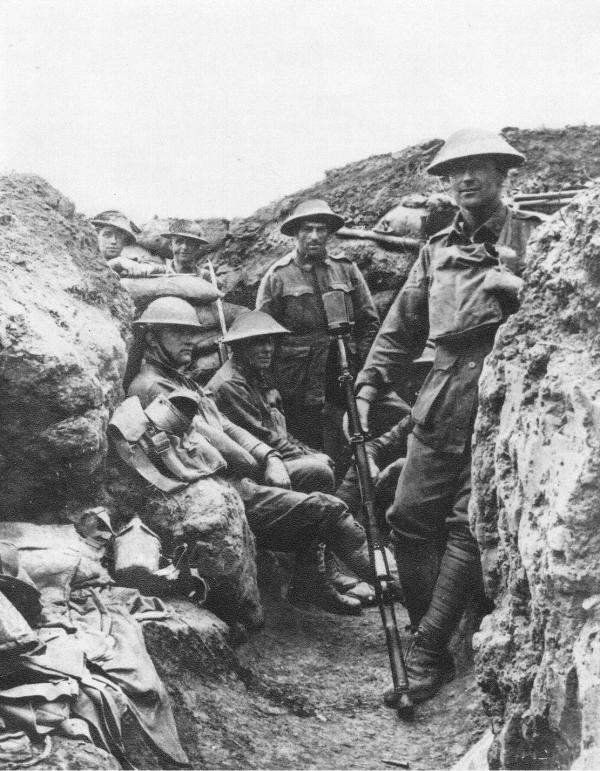 
Una canzone che in Australia divenne subito molto popolare ma che fu severamente bandita dalla commissione di censura del Commonwealth…
My sole address at present is a battle-field in France,
If it's ever going to alter, there is only just a chance,
To dodge the " Jerry" rifles and the shrapnel flying around.
I've burrowed like a bunny to a funk-hole in the ground.
The floor is just a puddle, ‘cause the roof lets in the damp;
I wish I was in Aussie where the sleeper cutters camp.

The tea is foul and bitter, like an ancient witch's brew,
The bread is sour and scanty, and you ought to see the stew.
The "'lootenant'" that is leading is a leery kind of coot -
We always call him "Mister" so plain Bill would never suit,
I'd sell my chance of Heaven for five minutes with the scamp,
Where the red bull's chewing nut grass by the sleeper cutters' camp.

If another war is starting, I'll hang out with the " jibs",
Not much in being a hero, with a bayonet 'tween your ribs.
Hard fighting for the Froggies, pushing Huns across the Rhine,
They can take Alsace and Flanders and Normandy for mine!
All I'm needin' is a pozzie where the ground is not too damp,
'Neath azure skies of Aussie, just a sleeper cutters' camp.

Here, sitting in a dug-out, a rifle on my knees,
I fancy I am back there, once again, among the trees,
With long lost friends I'm chatting, by the camp-fire's ruddy glow,
Where we boiled the old black billy, in the days of long ago,
The signal comes to "Fall-in", I can hear the Diggers tramp.
Farewell, perhaps forever, to the sleeper cutters' camp.