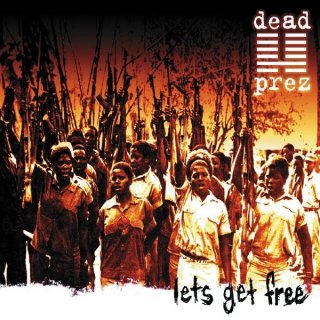 It's definitely based on Orwell's "Animal Farm." The names are changed: Mr. Jones becomes Old Man Sammy (both are common names), Napoleon becomes Hannibal (both great historical conquerors). I think while the song doesn't echo the anti-communist tones of the book, it highlights the fact that those in power will try to attain more and more power. It's the animal inside of us that wants dominance.
This is the animal in man
This is the animal in you
This is the animal in man
Coming true uys Talking*
(Guy 1) Help me!
(Guy 2) You want me to help you?
Man is evil, capable of nothing but destruction

Old man Sammy had a farm
Walked the land with the wife
Most of the time shit was calm
His whole life was maintained off the everyday labor
From the mules in the field to the cattle in the stable
This is how we kept food on this table (maxing)
You would have thought he was disabled by the way he be relaxing
Acting like Mr. Magnificent
But the animals were thinking something different
The sentiment was tension in the barnyard
Throughout the years they had been through mad drama
With the farmer, word is bond
And they all came to one conclusion
They argued there was no way they'd ever be free
If it was up to humans
Therefore the only course left was revolution which was understandable
And since the pigs promised to lead in the interest of all the animals
They planned a full attack
Under the leadership of Hannibal
The fattest pig in the pack
The next morning on the farm
Everything was calmJust before dawn
But before long
The sun got so hot it made the farm seem electric
Now check it
This is when that shit got hectic
Directed by Hannibal, the animals attacked
Old Sam was in a state of shock
And fell up on his back
And dropped his rifle
Reaching in vain
Each and every creature from the field at his throat
Screaming "Kill, feel the pain."

After they ran the farmer off the farm
The pigs went around and called a meeting in the barn
Hannibal spoke for several hours
But when talks about his plans for power
That's when the conversation turned sour
He issued an offical ordinance to set
If not a pig from this day forth then you subordinate
That's when the horses went buckwild
One of them shouted out
"You fraudulent pigs, we know your fucking style!"
Hannibal's face was flushed and pale
All the animals eyes full of disgust and betrayal
He felt the same way Sam felt
They took his tongue out of his mouth
And cut his body up for sale, for real
You better listen while you can
Its a very thin line between animal and man
When Hannibal crossed the line they all took a stand
What would you have done?
Shook his hand?
This is the animal in man