Whispers in the Deep 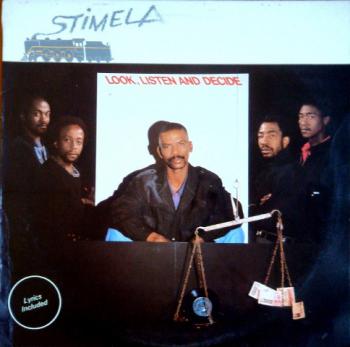 To survive apartheid and indeed any other oppressive regimes across the world, creative musicians went deeper into metaphor and imagery.

This made it easier for groups such as Stimela to evade scrutiny from the apartheid South African regime because on the surface, the song was just a song but deeper, it was a hard-hitting revolutionary tune about the people’s troubles at the hands of the oppressive regime.

Most of their songs depict lovers yearning for a reunion as well as the desire to work together as a people and not as races.

Led by Ray Phiri, most of Stimela’s songs were profound and enthralling. There is one song ‘Whispers in the Deep’, which clearly demonstrates how revolutionary Phiri and his group were.

Off the group’s 1986 album ‘Look, Listen and Decide’, ‘Whispers in the Deep’ is an angry and sad song, which rips into the minds and souls of both the oppressed and the oppressor.

The song vividly captures both the physical and spiritual deprivation gnawing at the land and its people. It urges the fearful, the silent one not to whisper any more but to speak their minds.

It further says although it’s a whisper from the soul, it echoes throughout the land but when it reaches out for a hand “finds an amputated stump”.

The beautiful lyrics also speak of reconciliation and the unity of all the races, the oppressed and the oppressor.

“We’re all tributaries of this great river of pain/ Flowing into one ocean/ There’s only one motion/ All our pains flow into it/ But it did spill over/ Spill over the waters of love/ Into a great nation of love/ Before we recognise that all the oceans are one.”


As expected, ‘Whispers in the Deep’ was banned in South Africa.

Southern Times Africa
Distant sleep right in your eye
Face is tasty food for rotten flies
Call me angry, call me mad; a soul that whispers in the deep
But echoes all throughout the land
Reaches out to find, to find a hand
But find an amputated stump that tells the story of the lonely
And beats the rhythm of the free

Whispers in the deep
Bayahleba

We are tributaries of the great river of pain (x4)

Flowing into one ocean
There is only one ocean
All our pains flow into it
But it did spill over
Spill over the waters of love
Into a great nation of love
Before we recognise that all the oceans, all the oceans are one

Ungahlebi, speak out your mind
Don't be afraid
Phinda mzala