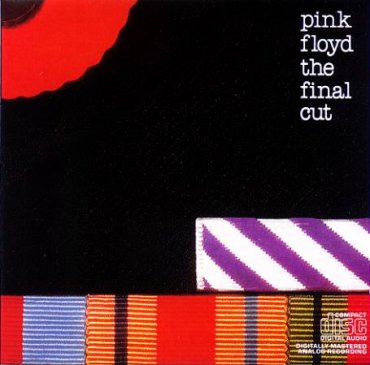 "The Gunner's Dream" is a song from Pink Floyd's 1983 album The Final Cut which tells the story and thoughts of a gunner as he falls to his death. Though never performed live by the band, it was featured in Roger Waters's 1984 and 1985 live performances.

The 1984 renditions were extended to include a new guitar solo improvised by Eric Clapton in each performance, who was touring as Waters's guitarist at the time. The 1985 versions featured a standardized solo from his replacement.

It was taken out of Waters' setlists until 2006, when it was played in the first set, amongst other older Pink Floyd songs and Waters' solo works. It was dropped after the first three concerts of the 2006 tour.

The song starts with the sound of 'the gunners dying words on the intercom" mentioned in the previous song on the Final Cut "The Hero's Return". As the Gunner falls through the air (floating down through the clouds) he dreams of the perfect world, his heaven in which "Old heroes shuffle safely down the street where you can speak out loud about your doubts and fears and what's more no-one ever disappears you never hear their standard issue kicking in your door, you can relax on both sides of the tracks and maniacs don't blow holes in bandsmen by remote control." This final line is a reference to the 1981 Hyde Park and Regents Park bombings when the IRA placed a bomb under a bandstand blowing up the bandsmen and surrounding civilians.

One of the final lines in the song "in the corner of some foreign field, the gunner sleeps tonight" represents the gunner's death as his plane crashes to the ground. This is preceded by the screaming of the word "Insane" which echoes the screaming of the falling pilot, this line also alludes to the poem "The War Sonnets: V The Soldier" by First World War poet Rupert Brooke which contains the lines "If I should die tonight, think only this of me/ That there is a corner of some foreign field, that is forever England."

en.wikipedia
Floating down through the clouds
memories come rushing up to meet me now
in the space between the heavens
and in the corner os some foreign field
I had a dream
I had a dream
goodbye Max
goodbye ma
after the service when you're walking slowly to the car
and the silver in her hair shines in the cold november air
you hear the tolling bell
and touch the silk in your lapel
and as the tear drops rise to meet the comfort of the band
you take her frail hand
and hold on to the dream

Last night I watched the 2013 Documentary film
"The Man Who Saved The World”
The man’s name is Stanislav Petrov.
The year before Stanislav saved the World
In the year 1982 I wrote a song “The Gunner’s Dream”
It’s weird to think that had Stanislav not been
In the right place at the right time
None of us would be alive
No one under the age of 37
Would have have been born at all.
It is acknowledged by all but the cretins amongst us
That nuclear arms have no value
It is also acknowledged that
They are a ticking bomb
And we ignore them at our peril
Accidents happen
The Stanislavs of this world are a rare breed.
We’ve been extraordinarily lucky.
If I ruled the world, I would heed the words of the wise
I would get rid of nuclear weapons
First thing tomorrow morning.
On Dr. King’s name day.
Of course no-one can rule the world
The world cannot be ruled
It can only be loved and respected and shared.
If we’re still here in the morning 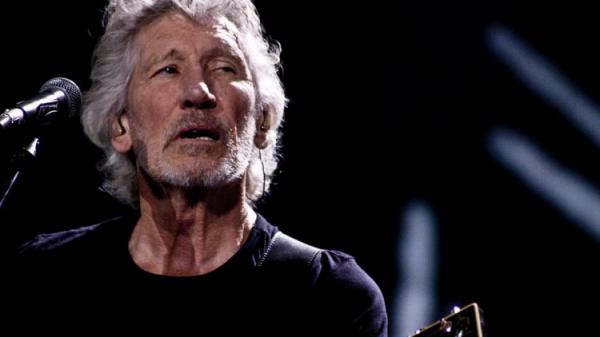 Hello!
My name is Alina Mitrofanova, I am 19 years old, and I live in Ukraine. Today my country is resisting the Russian invasion and the real war started by Russian president and led by Russian army.
I am a huge Pink Floyd and Roger Waters fan, and it was very important for me to hear Roger's opinion on this whole situation. It may not seem as urgent and critical, because this war can be considered as only "our problem", but unfortunately it rapidly becomes a catastrophe for the entire Europe and world.
The war started 11 days ago, and everyday we hear sirens that signalize about bombs thrown by Russian occupants. Russia's aggression destroys MY country, kills hundreds of innocent adults and children in MY country, and I cannot explain how many Ukrainians are forced to leave their homes and run away from this madness. Ukrainian Eastern cities are being destroyed by Russian army, hundreds of thousands of people are evacuating and becoming refugees, and their number is increasing every minute. I'm in pain, as many other Ukrainians, because it hurts a lot to see how MY country becomes a military target for Russia and its mad leader, who's convinced that there are "neo-Nazis", who have to be killed. It's absolutely false, because I live here, and I can tell 200% that there are no such people there!
I ask Roger to speak publicly about this war, because I still cannot understand how a person, who wrote a significant number of anti-war lyrics, hasn't spoken about tragedy yet. Furthermore, fully understand that Roger's point of view may be different, but I ask him to share his own opinion on this war. It's better than just being silent, because in this situation, silence is one of the worst enemies - it's impossible to build a wall in this situation and stay isolated from this problem.
I'm 95% sure that this letter will not be delivered to Roger directly, and it would be just a miracle if a have an answer. However, a man who speaks about risks of nuclear catastrophe and about the senselessness of the war cannot be silent in this situation. Tell the world your position!
Best regards from Ukraine,
Alina Mitrofanova

---
Dear Alina,
I read your letter, I feel your pain, I am disgusted by Putin’s invasion of Ukraine, it is a criminal mistake in my opinion, the act of a gangster, there must be an immediate ceasefire. I regret that Western governments are fueling the fire that will destroy your beautiful country by pouring arms into Ukraine, instead of engaging in the diplomacy that will be necessary to stop the slaughter. Rest assured if all our leaders don’t turn down the rhetoric and engage in diplomatic negotiations there will be precious little of Ukraine left when the fighting is over. A long drawn out insurgency in Ukraine would be great for the gangster hawks in Washington, it’s what they dream of, “playing the game” as they do, ”with the bravery of being out of range” I desperately hope your President is not a gangster too and that he will do what is best for his people, and demand of the Americans that they come to the table. Sadly however, many world leaders are gangsters and my disgust for political gangsters did not start last week with Putin. I was disgusted by the gangsters Bush and Blair when they invaded Iraq in 2003, I was and still am disgusted by the gangster government of Israel's invasion of Palestine in 1967 and its subsequent apartheid occupation of that land which has now been going on for over fifty years. I was disgusted by the gangsters Obama and Clinton ordering NATO's illegal bombings of both Libya and Serbia. I am disgusted by the wholesale destruction of Syria initiated, as it was, in 2011 by outside interference in the cause of regime change. I was disgusted by the invasion of Lebanon in 1982 when the gangster Shimon Peres connived with the Christian Phalangist Militias in the murder of Palestinian refugees in Sabra and Shatila refugee camps in the south of that country.

I feel for you Alina, and your Mum and Dad and your uncles and aunts and brothers and sisters and cousins, I lost both my father Eric Fletcher Waters and my grandfather George Henry Waters in wars fighting the Germans.

Please believe me when I tell you that I believe in the Universal Declaration of Human Rights signed in Paris 1948. I have fought as hard as I know how to foster and support human rights for all my brothers and sisters all over the world for as long as I can remember, and I support you and yours now, with all my heart.
Speaking of gangsters, I do have to take issue with you about one thing in your letter, your “200%” belief that there are no Neo-Nazis in your country is almost certainly mistaken. Both the Azov Battalions in your army, the National Militia and C14 are well known self-proclaimed Neo Nazis groups. They are gangsters too.
Also, I have not been silent on Ukraine, I wrote a piece which was distributed six days ago by Globetrotter, I shall append it to this post: 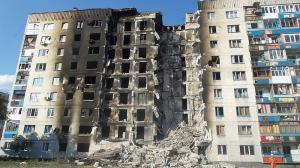 Western media simplifies the conflict in Ukraine in ways that divide us. But what if instead, we chose to unite against those who profit from all wars throughout the world? Roger Waters is a musician [...]


What else Alina? Well, we the people, all of us in every country in the world, including Ukraine and Russia, can fight the gangsters, we can tell them we will not be part of their obscene and deadly wars to garner power and wealth at the expense of others, we can tell them that our families, in fact all families all over the world mean more to us than all the power and money in the world.
Where I live in the USA we can join Black Lives Matter or Code Pink or BDS or Veterans For Peace or myriad other anti-war, pro law, pro freedom, pro human rights organizations.
I will do anything I can to help effect the end of this awful war in your country, anything that is except wave a flag to encourage the slaughter. That is what the gangsters want, they want us to wave flags. That is how they divide and control us, by encouraging the waving of flags, to create a smokescreen of enmity to blind us to our innate capacity to empathize with one another, while they plunder and rape our fragile planet. I will do everything in my power to help bring peace back to you and your family and your beautiful country. The long drawn-out war/insurgency that Hillary Clinton and Condoleezza Rice and the rest of the has been gangster Washington Hawks are encouraging is not in your nor Ukraine’s best interests.

I wish you well Alina.
Thank you for your letter, and if you chose to send a reply to this.
I will print that reply.
I promise.
Love
R.
PS. Have you got a dog? If so please send a pic.