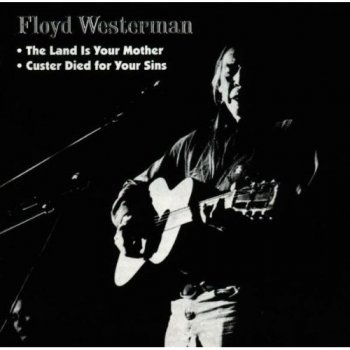 The epic struggle of the Nez Perce Indians to retain their beloved homeland is a saga of dishonor in this nation's history. The Wallowa Band was expelled from its Wallowa Valley of Oregon in 1877, when General Howard and his cavalry pursued them 1,500 miles to their surrender. Captured just 30 miles short of safe refuge at the Canadian Border, Chief "Joseph"'s surrender speech stirs us over a century later:
"My heart is sick and sad. . . . From where the sun now stands, I shall fight no more forever".

“The earth was created by the assistance of the sun, and it should be left as it was… The country was made without lines of demarcation, and it is no man’s business to divide it… I see the whites all over the country gaining wealth, and see their desire to give us lands which are worthless… The earth and myself are of one mind. The measure of the land and the measure of our bodies are the same. Say to us if you can say it, that you were sent b the Creative Power to talk to us. Perhaps you think the Creator sent you here to dispose of us as you see fit. If I thought were sent by the Creator I might be induced to think you had a right to dispose of me. Do not misunderstand me, but understand me fully with reference to my affection for the land. I never said the land was mine to do with as I chose. The one who has the right to dispose of it is the one who has created it. I claim a right to live on my land, and accord you the privilege to live on yours”.


In a short time a group of commissioners arrived to begin organization of a new Indian agency in the valley. One of them mentioned the advantages of schools for Joseph’s people. Joseph replied that the Nez Percés did not want the white man’s schools.

“Why do you not want schools?” the commissioner asked.

“They will teach us to have churches,” Joseph answered.

“Do you not want churches?”

“No, we do not want churches.”

“Why do you not want churches?”

Joseph where are you gonna to go?
Your people want to know,
What will become of them

Joseph, why won't they let you live?
What more can you give?
They want it all to end

And as the sun goes down behind the hill
You feel the chill of winds a comin'.
And in the cold and hungry morning light
You see the trail of shadows runnin'.

Joseph, all that you can say
Won't change it anyway,
All that's goin' down.
Joseph, the clouds now hide the moon
Fires die too soon,
The truth is what you found.

And as the sun goes down behind the hill
You feel the chill of winds a comin'.
And in the cold and hungry morning light
You see the trail of shadows runnin'.