Where the Fraser River Flows 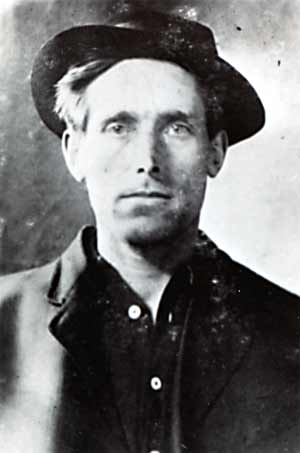 The song was written by Joe Hill on the banks of the Frazer River during a particularly nasty strike in British Columbia, Canada. "Where The Fraser River Flows" was written to aid construction workers laying track for the Canadian Northern Railroad Company in British Columbia who were striking because of low wages, unsanitary living conditions, bad food, and hazardous working conditions. The song was first included in the IWW's Little Red Song Book in 1912.
"Several months before the strike began the I.W.W. had established Local 327 in British Columbia and had sent men to organize the construction workers. By February 1912 the membership of the local had grown to 8,000. On March 27 the strike began; within a few days construction work along four hundred miles of track had stopped, and picket lines had been established in Vancouver, Seattle, Tacoma, Minneapolis, and San Francisco to keep job-hunting migrants from taking jobs in the strike area. The following letter was received at Solidarity on May 3, 1912, from Lytton, British Columbia:
. “The contractors' game was to force us to take station work, this is subcontracts, but they offered us the work at such ridiculously low prices we agreed among our¬selves not to take any piece work from the contractors except at prices which we agreed upon. That would enable us to pay a decent wage in case we needed hired help. [Labourers would agree with the contractors to do a certain amount of station work for a specified sum of money].
We protested against the low prices offered by the contractors, and held off until late in the fall, but with financial ruin staring us in the face and winter coming on, we were forced to accept the conditions imposed upon us by these contractors, in the meantime strengthening our organization for the struggle which we knew must inevitably come and which took the form of a general strike or walkout, on March 27.
The discontent was general all over the line, and the walkout started in Nelson & Benson's Camp 4, near Lytton. Within a few days the work was completely tied up, and is yet, notwithstanding ali reports to the contrary, and until the workers demands for a minimum wage of $3 and a 9-hour day, and 55.25 a week for board are agreed to the fight will go on....
The strikers have conducted themselves peacefully, and have maintained good order in their ranks, but this cannot be said of the contractors and their paid hirelings and the police..”

Louis Moreau, a Wobbly "camp delegate" who helped organize the construction workers and who was on the committee that cared for the strikers during the walkout, remembers that Joe Hill, whom he had never met before, appeared in the strikers' camp in Yale, BC, about ten days after the walkout occurred. Several of the other Wobblies apparently knew Hill, who was very popular with everybody".. as he wrote several songs for strikers who were fond of singing them".

I believe that music is a powerful organizing tool that can help inspire people to dream of a better world. The working class and the employing class have nothing in common. There can be no peace so long as hunger and want are found among millions of the working people and the few, who make up the employing class, have all the good things of life.

Between these two classes a struggle must go on until the workers of the world organize as a class, take possession of the means of production, abolish the wage system, and live in harmony with the Earth.
We find that the centering of the management of industries into fewer and fewer hands makes the trade unions unable to cope with the ever growing power of the employing class. The trade unions foster a state of affairs which allows one set of workers to be pitted against another set of workers in the same industry, thereby helping defeat one another in wage wars. Moreover, the trade unions aid the employing class to mislead the workers into the belief that the working class have interests in common with their employers.
These conditions can be changed and the interest of the working class upheld only by an organization formed in such a way that all its members in any one industry, or in all industries if necessary, cease work whenever a strike or lockout is on in any department thereof, thus making an injury to one an injury to all.
Instead of the conservative motto, "A fair day's wage for a fair day's work", we must inscribe on our banner the revolutionary watchword, "Abolition of the wage system".
It is the historic mission of the working class to do away with capitalism. The army of production must be organized, not only for everyday struggle with capitalists, but also to carry on production when capitalism shall have been overthrown. By organizing industrially we are forming the structure of the new society within the shell of the old.
Fellow workers, pay attention
To what I'm gonna mention,
For it is the fixed intention
Of the workers of the world..

And I hope you'll all be ready
Truehearted, brave and steady
To rally 'round the standard
When the red flag is unfurled.

Where the Fraser River flows
Each fellow worker knows
They have bullied and oppressed us
But still our Union grows..
And we're going to find a way, boys
For shorter hours and better pay, boys
And we're going to win the day, boys
Where the River Fraser flows..

For these gunny-sack contractors
Have all been dirty actors
And they're not our benefactors
Each fellow worker knows.

So we've got to stick together
In fine or dirty weather
And we will show no white feather
Where the Fraser River flows..

Where the Fraser River flows
Each fellow worker knows
They have bullied and oppressed us
But still our Union grows..
And we're going to find a way, boys
For shorter hours and better pay, boys
And we're going to win the day, boys
Where the River Fraser flows..

But why their mothers reared them
And why the devil spared them
Are questions we can't answer
Where the Fraser River flows.

Where the Fraser River flows
Each fellow worker knows
They have bullied -and oppressed us
But still our Union grows..