The Priests Of The Golden Bull 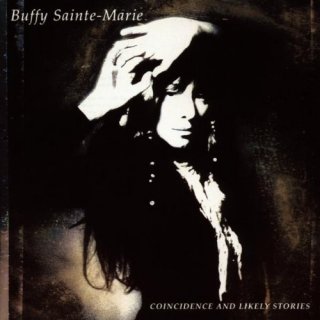 The journalist Peter Eichstaedt - in his meticulously researched book (1), relates another tragic chapter in the history of genocide intrinsic to the colonization and "development" of the Americas. He introduces his work with the explanation that it tells the story of ''the sacrifice of lives, families, and land" that the Dine (Navajo), Laguna Pueblo,and other Aboriginal nations of the U.S. southwest have made in the interest of "America's quest for nuclear superiority." He recounts the terrible toll of
death, disease and cultural dislocation that have resulted from the development of large-scale uranium mining on the Colorado Plateau. Sacrifice continues because, Eichstaedt's work traces uranium mining and its effects on the people of the Plateau back to the late 19th century, when the ore was mostly sought out because it was associated with the rare metal vanadium. In addition it
was a source of radium used in physics research and as a pioneering treatment for cancer. As the gigantic mineral wealth of the Plateau became clear, its people were systematically stripped of their rights by a series of legal and semi-legal swindles culminating with the 1919 "Metalliferous Mineral Act" which allowed for leasing to prospect for minerals on many Reservations. It is one of history's ironies that around two-thirds of U.S. uranium is found under Reservations, with much of the rest occurring in the Black Hills and the Pacific Northwest-areas surrounded by Reservations.
During the inter-war era, mining on the Plateau remained rather sporadic. This changed drastically when President Roosevelt approved the Manhattan Project. This 1942 decision triggered a frantic scramble for sources of uranium around the globe. By 1945 Navajo territory had contributed
one-sixth of the 6,000 tons of ore needed to produce "The Bomb;" the rest came from the Belgian-controlled Congo (4,000 tons) and Canada (1,000 tons). However, it was President Truman's 1946 creation of the Atomic Energy Commission (AEC) that marked the systematic integration
of the Colorado Plateau, its people and its resources, into the U.S. war machine. To feed the AEC's huge appetite for uranium, a variety of American mining companies began operating on the Plateau. Some Navajo were cautiously supportive of this, for it meant jobs for Navajo miners and
small-scale contractors. Because the ore was "low-grade" and scattered, it had to be extracted
manually, making the job even more dangerous. Typically, uranium mining involved small groups of men digging in what were known as "dog holes."
Miners drilled shafts, blasted the unstable ore-bearing sandstone, waited for the dust to settle, then loaded the shattered rock into trucks. - One miner - told Peter Eichstaedt that it was normal to work from seven in the morning until eight at night, eating underground and with nothing to drink apart from such water as dripped from the walls of the mine.
The main cause of the health holocaust which struck the Navajo through exposure to radiation and radon gas was not the nature of the uranium deposits or ignorance of their toxicity: the dangers of working with uranium had been known to scientists prior to World War II. For page after page
Eichstaedt chronicles the flagrant disregard for health and safety in such areas as ventilation and minimizing contamination which marked the operation of the mines even after token protection standards were introduced in the mid 1950s.
While conditions were scandalous throughout the uranium industry, it is hard to avoid the conclusion, based upon the evidence of racist attitudes toward the Navajo displayed by mining-company officials, that the people of the Plateau were considered expendable and that no money
needed to be wasted on protecting them from the deadly ore.
By the 1960s a host of medical studies had brought to light a massive epidemic of cancer and lung disease among Navajo miners and their families, victims of the dust the former brought home on their clothes. In the early 1970s, efforts to seek restitution were spearheaded by a Navajo named Harry Tome. He was helped by some principled non-Natives, including politicians and officials of the Bureau of Indian Affairs, whose efforts were met largely with obstruction and indifference from the United States government. While Eichstaedt notes sustained support for the Navajo from Stewart Udall (for a time United States Secretary of the Interior and thus the official responsible for the Bureau of Indian Affairs), he does not lose sight of the fact that the Navajo obtained some measure of compensation basically through their own efforts.
The tangled history of the Navajos' attempts to seek compensation is too intricate to be explained here; the first legal claim was lodged in 1979 and for over a decade the courts and Congress tossed responsibility back and forth between them. But the campaign's momentum was building, helped by such developments as the growth of the antinuclear movement and the suspicious death of Karen Silkwood.
The Radiation Exposure Compensation Act (RECA) was finally signed into law on October 15, 1990. Partial justice had been achieved, to the extent that money can never compensate for death and ruined health. RECA established a fund for disbursal on "compassionate grounds" either to miners suffering from illnesses thought to have been caused by their having worked with uranium, or to their surviving family members. The latter provision was important in that, as Timothy Hugh-Benally told Eichstaedt, his fellow workers had "started dying in the 1950s." A Navajo ex-miner, Hugh-Benally had worked for Kerr-McGee, the corporation awarded the Bureau of Indian Affairs first contract-in 1952-to mine uranium on the Navajo Reservation. By 1980, of the approximately 150 Navajo miners who had worked underground in Kerr-MeGee's mine near Shiprock, New Mexico, 38 had died of lung cancer while nearly 100 of the remainder were ill.
A most interesting part of the book is its account of the efforts of the Navajo people to reclaim and decontaminate their poisoned land. Relying mainly on their own initiative and ingenuity, they have provided a model other nations can emulate...
Who brought the bomb wrapped up in business cards -and stained with steak?
Who hires a maid to wash his money?
Who keeps politicians on the take?..

Who puts outspoken third-worlders in jail -Just to shut them down?
Oh the lies vary from place to place but the truth is still the same,
Even in this town..

Money junkies all over the world
Trample us on their way to the bank
They run in every race..
Windego

Third-worlders see it first: The dynamite, the dozers, the cancer and the acid rain
The corporate caterpillars come into our backyards
-And turn the world to pocket change
Reservations are the nuclear frontline;
Uranium poisoning kills..

We're starving in a handful of gluttons
We're drowning in their gravy spills..

Their tongues are silver forks
There's a lack of wisdom,
You can hear it on their breath
Windego..

It's delicate confronting these priests of the golden bull
They preach from the pulpit of the bottom line
Their minds rustle with million dollar bills..

Their tongues are silver forks
There's a lack of wisdom,
You can hear it on their breath
Windego..
Notes