Explosion in the Fairmount Mines 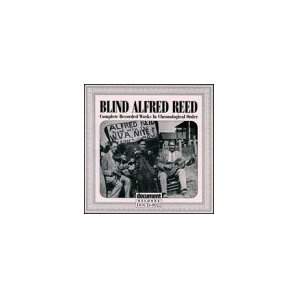 On Dec 6, 1907, several mines owned by the Fairmount Coal Company in Monagah, West Virginia exploded, killing hundreds of miners.... Twenty years later the memory of this tragedy was so strong in Alfred Reed's mind that he naturally associated his song with that event. The new accident, that resulted in more than 300 deaths, set up perhaps the most popular of many songs about mining disasters released during this era. The song itself stems from a recording made in 1924 by Vernon Dalhart, composed by Andrew Jenkins and based on an earlier piece of English origin ("Don't Go Down In The Mine, Dad").
It is interesting to note how Reed has modified the rhymes and meter.... The beautiful melody he employs also parallels its original in an interesting fashion: where the chorus of the Jenkins piece employs the subdominant, Reed goes into the relative minor.
Liner notes of "How Can A Poor Man Stand Such Times And Live?" (Rounder Records 1101), 1972.

This song title, with its special spelling of Fairmount, points back to one of the greatest industrial holocausts in the United States, the Monongah (Marion County, West Virginia) disaster of December 6, 1907. It took place in the Fairmont Coal Company's mines; the official death count was 362 men and boys, largely Italian and Polish immigrants. Few miners survived the cyclonic underground blast. Investigator's attributed the carnage to gas ignited by open lights or to coal dust ignited by electric arcs.
ARCHIE GREEN, Only a Miner: Studies in Recorded Coal-Mining Songs, Urbana, IL, 1972, pp. 135-136.

Lyrics as recorded by Blind Alfred Reed, RCA Victor Studios, Camden, NJ, 19 Dec 1927 (Vi 21191), reprinted ibid., p. 138.
One bright morning, the miner just about to leave,
Heard his dear child screaming in all fright.
He went to her bed, then she looked up and said:
« I have had such a dream, turn on the light.

Oh, I dreamed that the mines were burning out with fire,
Every man was fighting for his life.
And some had companions and they prayed out loud,
Oh God, please protect my darling wife »

Then her daddy bent down and kissed her dear sweet face,
Turned again to travel on his way,
But she threw her small arms around her daddy's neck,
She kissed him again, and he heard her say:

Then the miner was touched, and said he would not go:
« Hush, my child, I'm with you, do not cry. »
There came an explosion and two-hundred men
Were shut in the mines and left to die. 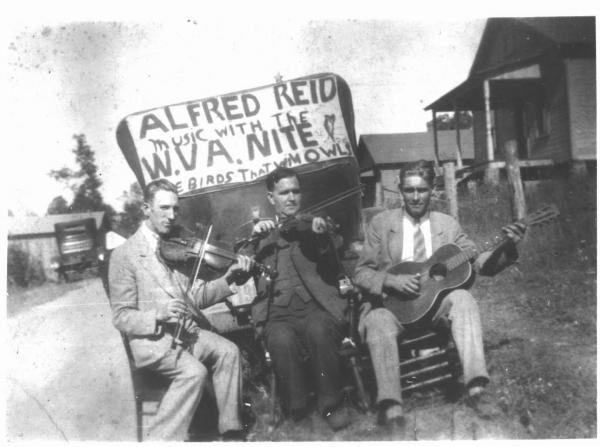 La foto sulla copertina di “How Can A Poor Man Stand Such Times And Live?...The Songs Of Blind Alfred Reed”