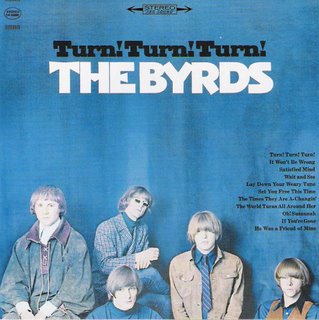 This song by Pete Seeger was popularized in 1965 by The Byrds. It is commonly interpreted as an admonishing plea for world peace, framed in a reading from the Old Testament's Ecclesiastes 3: 1-8 ("To everything there is a season and a time for every purpose under Heaven..."). Closer inspection of the lyrics, however, may indicate a painful recognition that sometimes killing and war might be the only answer, but he last line, original with Seeger, reads as follows: "A time for peace, I swear it's not too late."

"Turn! Turn! Turn! (To Everything There Is a Season)", often abbreviated to "Turn! Turn! Turn!", is a song written and composed by Pete Seeger in the 1950s. Seeger waited until 1962 to record it, releasing the song on his album The Bitter and The Sweet on Columbia Records.

The lyrics are taken almost verbatim from the King James version of the Bible (Ecclesiastes 3, verses 1–8). The Biblical text posits there being a time and place for all things: laughter and sorrow, healing and killing, war and peace, and so on. The lines are open to myriad interpretations, but as a song they are commonly performed as a plea for world peace, with stress on the closing line: "a time for peace, I swear it's not too late," the latter phrase being the only part of the lyric written by Seeger himself.

The song is one of a few mainstream songs to set a large portion of scripture to music, other examples being Boney M's "Rivers of Babylon", Sister Janet Mead's "The Lord's Prayer (Sister Janet Mead song)" and U2's ""40""

Handwritten lyrics to the song were among the documents donated to New York University by the Communist Party USA in March 2007.

The song first appeared several months before the Seeger version, on an album by the folk group The Limeliters on RCA Records, Folk Matinee, under the title "To Everything There Is a Season". One of their backing musicians, Jim McGuinn (a.k.a. Roger McGuinn), would later work with folk singer Judy Collins, rearranging the song to suit her style, now entitled "Turn! Turn! Turn! (To Everything There Is a Season)", for her Elektra album of 1964, Judy Collins #3. 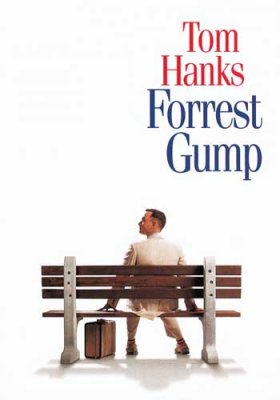 The most successful recorded version of the song is the chart-topping single by McGuinn's pioneering folk-rock band The Byrds, released in October of 1965. Featuring the characteristic "jingle-jangle" sound of Roger McGuinn's 12-string Rickenbacker guitar, this recording is considered by many to be one of the defining records of the entire decade[2]. Nearly three decades after the Byrds released the song as a single, the recording featured prominently in the 1994 movie Forrest Gump.

After Joe Cocker's With a Little Help from My Friends, the song was the first to play on the first episode of The Wonder Years series.

The song has been covered by a number of other artists.

* The Seekers recorded the song for their 1966 album Georgy Girl (also known as Come the Day)
* Welsh folk singer Mary Hopkin, appearing as the flipside of her Paul McCartney-produced international smash hit single from 1968, Those Were the Days.
* Country music singer Dolly Parton recorded it in 1984 for her The Great Pretender album, and again in 2005 for Those Were the Days, thereby duplicating both sides from Hopkin's single.
* In 2000, David Pajo's post-rock band Papa M recorded an extra-long improvisation based on "Turn! Turn! Turn!," agreeing to continue playing their version of the song in a studio in Portland, Oregon until the tape ran out. Their first and only take, containing no lyrics, is 16 minutes and 22 seconds long and can be found on their 2004 release Hole of Burning Alms.
* Singer and pianist Nina Simone recorded two versions of the song, one of which was released on her hit album To Love Somebody (1969).
* Canadian country music singer Jim Witter covered the song for his 2003 album Forgiveness.
* Adrienne Camp (Adie) has also recorded the song, which was released on her album Don't Wait, on September 26, 2006. Don't Wait was released through BEC Recordings.
* Bruce Springsteen, during the 2006 tour with the Seeger sessions band, covering Springsteen's release We Shall Overcome, Springsteen played the song incidentally.
* Sister Janet Mead has covered the song on her album A Time to Sing.
* Dave Perkins did a cover of the song, a duet with Steve Taylor, on his 1987 album "The Innocence."

A time of love, a time of hate
A time of war, a time of peace
A time you may embrace, a time to refrain from embracing

confronta con l'originale
confronta con un'altra versione
Lingua: Inglese
Ecclesiastes 3,1-8
King James' Version
To every thing
there is a season,
and a time to every purpose under the heaven: 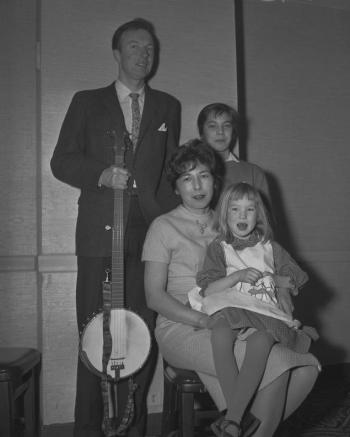 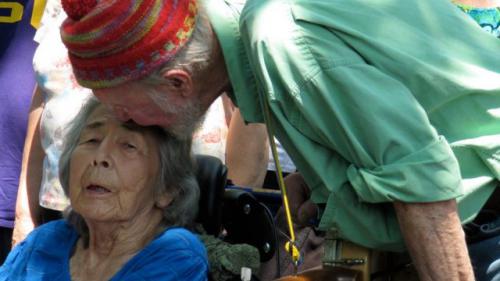 Toshi Seeger è morta pochi mesi prima del marito, nel luglio dell'anno scorso, a 91 anni, mancando di poco i 70 anni di matrimonio.
A time for work, a time for play
A time for night, a time for day
A time to sleep, a time to wake
A time for candles on the cake.

A time to cry and make a fuss
A time to leave and catch the bus
A time for quiet, a time for talk
A time to run, a time to walk.

A time to read, a time to fix
the typos in the lyrics...

Time Is On Your Side!