The Hangman And The Papist 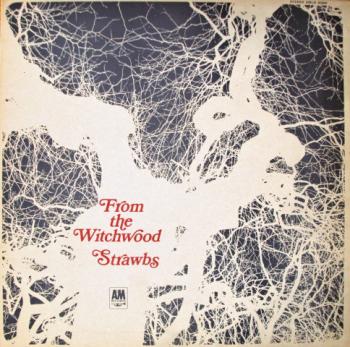 Come New World, una canzone ispirata al fratricida conflitto nord-irlandese.
The village square stands quiet with the curfew still in force
The streets are even clear of dogs and whores
Like some evil bird of prey the scaffold spreads its wings
The people build their fires and bolt their doors
The mayor is giving dinner to the officers and wives
His eldest son is learning how to fawn
The barrack block is hushed and tense, the soldiers drawing lots
Who will be the hangman in the dawn.

The lot falls on a young man who has served for but a year
His home is in the village close nearby
He shivers at the thought of what he's forced to do next day
He wonders who it is that has to die
The full moon casts a cold light on the gloomy prison walls
The papist walk his cell, he cannot sleep
He hears the waiting gallows creaking just beyond the door
He prays for he has no more tears to weep.

The day begins to break, the muffled drums begin to sound
A crowd begins to gather in the square
The presence of the hangman in his terrifying mask
Weighs heavy on the minds of all those there
The colonel reads the sentence which the papist knows by heart
He has failed to show allegiance to the King
His crime is thus with God himself, in His name he must hang
The papist, head held high, says not a thing.

The jailer binds his hands and puts the blindfold to his eyes
He leads him through the door before the crowd
The hangman sees his victim and the blood drains from his face
He sees his younger brother standing proud
The hangman tries to protest but is ordered to proceed
His trembling hands begin to take the strain
His eyes are blind with streaming tears, he cries for all to hear
"Forgive me God, we hang him in they name".