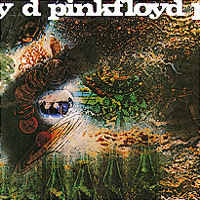 "Corporal Clegg" is a song by British psychedelic rock band Pink Floyd, and is featured on their second album, A Saucerful of Secrets (1968). It was written by Roger Waters and features David Gilmour on guitar and lead vocals. This song also marks the vocal debut of drummer Nick Mason (in addition to speaking the line "All right men, in you go!" Nick sang the "He won it in the war...", "In orange red and blue...", "He's never been the same...", and "From her majesty the queen...' lyrics); this was confirmed on the US rock radio program Rockline in 1992. (Interestingly, a contemporary lip-synched performance video of the song doesn't show those parts being sung.) David Gilmour also plays the kazoo on this song. The inventor of the kazoo was named Thaddeus von Clegg, which is perhaps why they chose to name the title character Clegg.

The song is about a soldier who lost his leg in World War II, and his apparently alcoholic wife. It is the first mention of war in a Pink Floyd song, something that would become a common theme in Roger Waters' lyrics, Roger having lost his father in the Second World War. This can be seen as rather lighter in tone than the Floyd's later tackling of the subject, though, despite some heavy irony (Clegg "won" his wooden leg in the war!) and darkness behind the lyrics; indeed, among the cacophany of voices towards the end we hear a drill sergeant telling his one-legged man, "You are excused drill practice from now on!" and members of the band actually corpsing in the chorus.