This song starts including in the site of the whole Greenham Common Women's Peace Camp Songbook. The Greenham Camp women have been acting this protest since 1981 at the RAF Greenham Common airfield. The songbook is reproduced from the Danish Peace Academy website.
[AWS/CCG Staff] 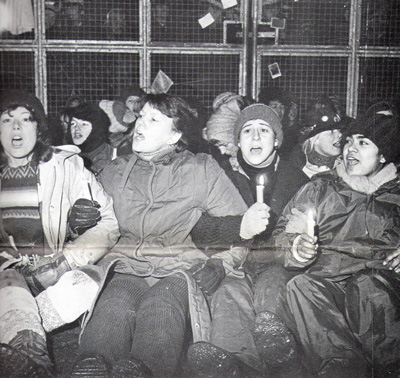 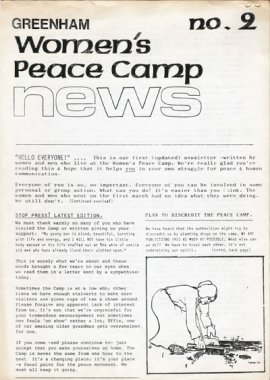 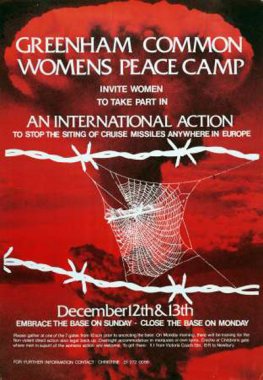 No information about author.
Tune: I Wish I Was In Dixie.
Also published in the Chant Down Greenham songbook.

[See also: I Am A Strong Woman.]
We're brazen hussies
and we don't give a damn
We're loud, we're raucous
and we're fighting for our rights
And our sex, and our need to be free.

Men call us names to be nasty and rude
Like lesbian, man hater, witch and prostitute
What a laugh, 'cause half of its true.

We're Greenham hussies
and we don't give a damn
We're loud, we're raucous
and we're fighting for our rights
for our sex, for fun, and we'll win. 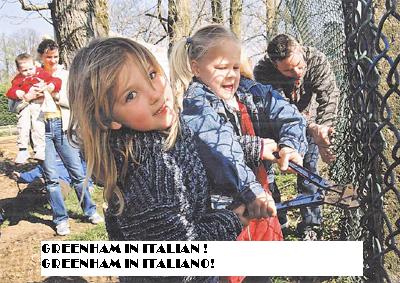