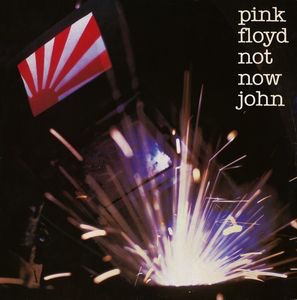 "Not Now John" is a song by the well-known progressive rock band Pink Floyd, written by Roger Waters. It appears on the album The Final Cut. The track is the only one on the album featuring the lead vocals of David Gilmour, found in the verses, with Roger Waters singing the refrains and interludes, and was the only single released from the album. It reached No. 30 in the UK Singles Chart.

The lyrics, written by Roger Waters, deal with war, particularly the Falklands War, and criticism of British Prime Minister Margaret Thatcher, as well as general criticisms of the greed and corruption that Roger saw as dangers to society. It also shows the corruptible and fruitless labour of post-war America, Europe and Japan. The wording is such that it mainly tells of the changing of global trade and that a new leader is emerging in the consumer goods industry such as Japan. 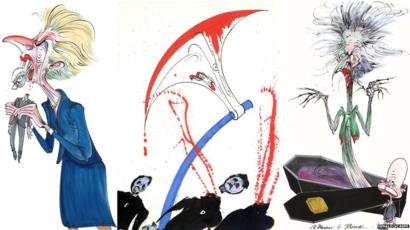 Despite the political content of the album and the specific references in other songs to public figures of the time, the "John" of the title is not intended to refer to any particular person named John. It is being used in the British colloquial sense as a placeholder name, where "John" can be employed in the same way as "mate", "pal", "buddy", or "Guv" to refer to anyone to whom one is speaking, particularly if the speaker does not know their name. At the time, this usage of "John" as a general means of address to others would have been particularly associated with blue-collar workers, who were the people being most strongly affected by the changes to manufacturing and trade referred to in the song.
In The Final Cut Video EP for the song depicts a Japanese boy walking through a factory searching for a soldier. The child is confronted by factory workers playing cards and geisha girls before he falls to his death from a scaffold and is discovered by a World War II veteran (played by Alex McAvoy, who also played the schoolteacher in Pink Floyd – The Wall). The video was directed by Waters' then brother-in-law, Willie Christie.
Unlike the majority of other tracks on The Final Cut, "Not Now John" takes an upbeat, driving, tempo — and hard rock style — for much of its duration. Gilmour and Waters split vocals duties, similar to the song "Comfortably Numb" from The Wall, and they represent different "characters" or points of view – Gilmour is the self-serving ignorant layperson while Waters is the intellectual, responsible observer of the world's woes. However, Waters sings verses associated with Gilmour's character near the end of the song. Gilmour sings the three main verses, and Waters sings the two interludes — which feature a musical reprise of "One of the Few" — as well as the lead-in to the first interlude and the outro following the second. During the demo stages of the album, the song was sung entirely by Roger Waters.

It is the only track on the album not to feature exclusively Waters on lead vocals. The interludes feature Waters' vocals and a 12-string acoustic guitar mimicking the structure of "One of the Few"; the acoustic guitar, however, is barely audible except for the fill on each fourth bar between Waters' vocals. Also, the lead-in to the first interlude — "Can't stop, lose job, mind gone, silicon, ..." — has Waters' high-pitched singing voice double-tracked with a low-pitched spoken voice — in a similar manner to his singing on the choruses of the song "The Hero's Return".
"Not Now John" is notable for being one of the few Pink Floyd tracks to feature strong profanity, as the word "fuck" occurs in the album version of the song seven times: six times as part of the phrase "fuck all that", and near the end of the song in a "Where's-the-bar?" lyric, which is sung in Italian, Greek, French and finally English (with the English iteration being "Oi — Where's the fucking bar, John?"). The four iterations are preceded by the lyric "One, two, free four!" – reminiscent of the intro to an older Pink Floyd song, "Free Four" from Obscured by Clouds).
About three minutes into the song, the yell of famed cartoon cat Tom from Tom and Jerry can be heard as part of a quickfire audio montage drowning out Waters' voice. In the closing moments of the fadeout, at about 4.38, Waters can be heard yelling, "hammer, hammer, hammer down" as part of a closing rant, in a nod to the fascist "hammer" chant used on The Wall.

"Not Now John" was released as a single on 3 May 1983. The words "fuck all that" were overdubbed as "stuff all that" by Gilmour, Waters, and the female backing singers, while the "Where's-the-bar?" lyric is sung in Italian, Greek and French, as the single fades out before the English iteration.
"The Hero's Return" was released as the B-side, featuring an additional verse not included on the album. A 12" single was released in the UK, featuring the two 7" tracks on side 1 and the album version of "Not Now John" on side 2. The single hit number 30 in the UK and number seven on the US Mainstream Rock Tracks chart.
In a review for The Final Cut on release, Kurt Loder of Rolling Stone described "Not Now John" as "one of the most ferocious performances Pink Floyd has ever put on record." In a retrospective review of The Final Cut, Rachel Mann of The Quietus described "Not Now John" as "fun, but musically crass and obvious," further saying "this is Surrey Blues rock as vapid as the views it seeks to satirize". 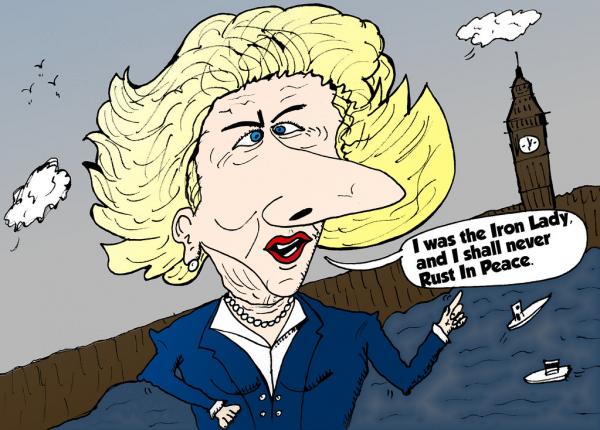 [Roger Waters:]
Hold on John, I think there's something good on (Ooooh)
I used to read books but...
It could be the news, or some other amusement (Oooooh)
Could be reusable shows