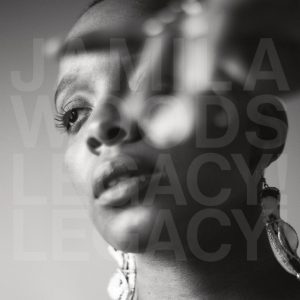 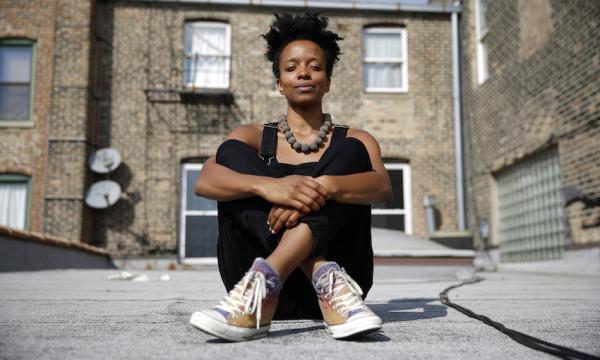 How did the poet Sonia Sanchez inspire this song?

She has a poem written in the voice of an enslaved black woman that repeats this refrain: “It was bad.” She was on “Def Poetry Jam” doing this jazz inflection with her voice, and she was like, “It was baaaad,” stretching it out so long. I saw her perform it in person last summer too, and it’s like she’s channeling a spirit. It’s amazing.

Slavery is so often talked about but squished down into: Yeah, slavery happened. I didn’t really learn about the details and the atrocities of it in school, it was literally a page in my history book. It wasn’t until college and later when I learned more. So I appreciate the power of saying, This thing happened, and it was very bad. We’re very desensitized nowadays—we see traumatic violence all the time, and you can’t always sit in the badness of it. But at the same time, it’s important to. And that intersectionality of being not only black, but also a woman, made me think of giving myself permission to name the things that I’ve experienced that have been bad: Even though it wasn’t the most extreme violence that could have happened, that toxic relationship I had was bad. I can say that all of these things that happened were bad, and that doesn’t have to make me feel weak. It can just make me feel like I’m naming a truth.

Pitchfork
Once upon a time, little girl on the grind
Met a boy, he was nice at the time
Weeks from the days, plans, they were made
Soon, you could call them an item
Funny how a title makes them think they own you
Tellin' you how to dress and who to talk to
Fella, please, don't nobody ask you
My great, great granny was born a slave
She found liberation before the grave
Who you tellin' how to behave?
Ooh, I'm trying to forgive, but can't forget

Uh, uh, uh, yo
Once upon a time, I believed in lines
Like "I just wasn't good enough for you" and other lies
Mr. "Didn't miss the water 'til the well was dry"
Tried and I tried, compromise, compromise
It was pouring into you while emptying me
It was rationalizing all your toxicity
It was hands around my neck with us on my back
It was pressure, pain, and panic attacks
Had me faded to the wire, putting out my fire
Use to have requirements that turned into desires
Expected to retire me while keeping you inspired
All the women in me are tired
Listen, nigga
My abuela ain't survive several trips around the sun
So I could give it to somebody's undeserving son
This pussy don't pop for you, booty don't bop for you
Never owe none, belong to no one
Now I only trust patterns, not apologies
First date questions, what's your ideologies?
Do you love yourself? Are you healing your trauma?
What's your concept of wealth? Do you check on yo mama?
'Cause your loyalty ain't slavery, sis
That shit insulting to her bravery, sis
I know you tangled
But this life is no exchange for your laboring, sis
Withhold ya flavors, he unsavory, sis, sis

I remember saying no to things that happened anyway
I remember feeling low the mirror took my face away
I couldn't recognize her, I laid and cried 'til my
Tears washed the kitchen tiles, I swear I couldn't budge
But then I talked about it 'til mama, sister, cousin
Told me they went through it and since it's in my blood
I knew I could do it 'cause if my blood went through it
I knew I could endure it, I knew that I could heal it
Oh, I'm trying to forgive, but can't forget