When Will They Shoot? 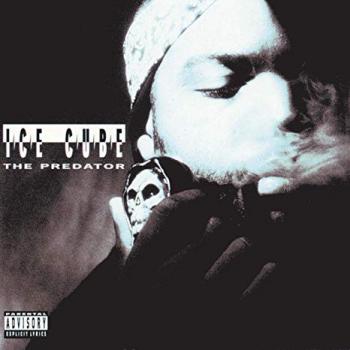 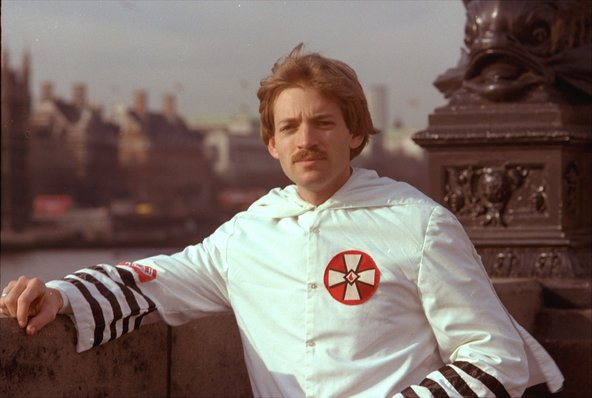 [Verse 1]
God damn, another fuckin' payback with a twist
Them motherfuckers shot but the punks missed
Ice Cube is out-gunned, what is the outcome?
Will they do me like Malcolm?
'Cause I bust styles, new styles, standin' - strong!
While, others +Run+ a +Hundred Miles+
But I never run, never will
Deal with the devil with my motherfuckin' steel - BOOM!
Media tried to do me
But I was a Boy-N-the-Hood before the movie, yeah
Call me nigga, bigot and a spook
But you the one that voted for Duke, motherfucker
White man, is somethin' I tried to study
But I got my hands bloody, yeah
They said I could sing like a jaybird
But nigga, don't say the J-word
I thought they was buggin'
'Cause to us Uncle Sam, is Hitler without an oven
Burnin' our black skin
Buy my neighborhood - then push the crack in
Doin' us wrong from the first day
And don't understand why a nigga got an AK
Callin' me an African-American
Like everything is fair again, shit
Devil, you got to get the shit right, I'm black
Blacker than a trillion midnights
+Don't Believe the Hype+ was said in '88
By the great Chuck D, now they're tryin' to fuck me
"...with +No Vaseline+
Just a match and a little bit of gasoline"—HUH!
It's a great day for genocide (What's that?)
That's the day all the niggas died
They killed JFK in '63
So what the fuck you think they'll do to me?
But I'm the O.G. and I bust back (boom boom)
Bust back (Boom boom!) peel a cap (BOOM BOOM!)
Gimme room in the fire of the sun
Here the mack come, here the black come, watch Jack run!
Motherfuckers can't gank me
Fuck a devil, fuck a rebel, and a yankee
Overrun, and put the Presidency
After needin that, I'm down wit O.P.P., yeah
I met Farrakhan and had dinner
Now you ask if I'm a Five Percenter—well...
No, but I go where the brothers go
Down with Compton Mosque, Number 54
Made a little dough, still got a sister on my elbow
Did Ice Cube sell out? You say, "Hell no!"
A black woman is my manager, not in the kitchen
So could you please stop bitchin'?

[Verse 2]
You missed, and didn't hit Da Lench Mob either
(Guerillas in the Mist) without Jungle Fever
But I got the fever for the flavor of a cracker
Not a Pringle, bust the single, here's my new jingle
("Stalkin', walkin' in my big black boots")
The KKK has got three-piece suits
Using niggas like turkey shoots
My motto is +Treat 'Em Like a Prostitute+
Now if I say no violence, devil, you won't respect mine
Fuck the dumb shit, and get my Tec-9
And if they approach us
I... I... I bury those cockroaches
And if you can't deal with my +Kill at Will+
Here's a new gift to get, try my +Death Certificate+
+Amerikkka's Most+, Amerikkka's burnt, it's like toast
Like Jordan, I'm goin' coast to coast
Dribblin' the funk
Here comes the nigga with the motherfuckin' monster dunk
Get off me, punk!
"Jordan..." "Watch Jordan
Ayo, Cube, watch Jordan..." "YES!"
"You better eat your Wheaties" — Michael Jordan

[Verse 3]
Daryl Gates got the studio surrounded
'Cause he don't like the niggas that I'm down with
Motherfucker wanna do us
'Cause I like Nat, Huey, Malcolm, and Louis
Most got done by a black man's bullet
Give a trigger to a nigga and watch him pull it
Negro assassin
I'mma dig a ditch, bitch, and throw yo' ass in
When they shoot, no, it won't be a cracker
They use somebody much blacker
What I do? I called up the Geto Boy(s) crew
'Cause +My Mind's Playing Tricks On Me+ too
Never died, surround my crib
And F.O.I. makin' sure nobody creep when I sleep
Keep a 9 millimeter in my Jeep - PEEP!
When I roll, I gots to roll deep
Ain't goin out cheap
Met the MADD Circle on Cypress Hill 'cause it's so steep
They'll never get me, they'll never hit me
Motherfuck that shit, J-Dee
Now I'm relaxed
Grab the St. Ide's brew so I can max
Sittin' by the window 'cause it's so fuckin' hot
And then I heard a shot - boom