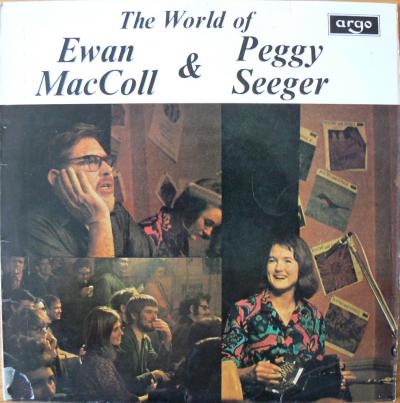 
Il 24 aprile 1932, guidati dal loro leader Benny Rothman, attivista politico e conservazionista, 3.000 ‎Ramblers attuarono un “mass trespass”, un’irruzione di massa nella zona del Peak District, oggi ‎parco nazionale, nel Derbyshire inglese, precisamente in località Kinder Scout, una vasta area ‎naturale al tempo di proprietà del duca del Devonshire. Ci furono scontri durissimi con le guardie ‎della proprietà e con la polizia e molti Ramblers finirono in prigione e poi condannati ad alcuni ‎mesi di carcere. Ma la campagna era partita ed il principio affermato: Libertà! ‎
Nei decenni seguenti molti atti legislativi, tra i quali il Wildlife and Countryside Act del 1981 ed il ‎Countryside and Rights of Way Act del 2000, sancirono definitivamente il diritto di percorrere a ‎piedi liberamente le aree naturali britanniche.‎
I've been over Snowdon, I've slept upon Crowden
I've camped by the Wainestones as well
I've sunbathed on Kinder, been burned to a cinder
And many more things I can tell
My rucksack has oft been me pillow
The heather has oft been me bed
And sooner than part from the mountains
I think I would rather be dead
‎
Ch: I'm a rambler, I'm a rambler from Manchester way
I get all me pleasure the hard moorland way
I may be a wageslave on Monday
But I am a free man on Sunday
‎
The day was just ending and I was descending
Down Grindsbrook just by Upper Tor
When a voice cried "Hey you" in the way keepers do
He'd the worst face that ever I saw
The things that he said were unpleasant
In the teeth of his fury I said
‎"Sooner than part from the mountains
I think I would rather be dead"
‎
He called me a louse and said "Think of the grouse"
Well i thought, but I still couldn't see
Why all Kinder Scout and the moors roundabout
Couldn't take both the poor grouse and me
He said "All this land is my master's"
At that I stood shaking my head
No man has the right to own mountains
Any more than the deep ocean bed
‎
I once loved a maid, a spot welder by trade
She was fair as the Rowan in bloom
And the bloom of her eye watched the blue Moreland sky
I wooed her from April to June
On the day that we should have been married
I went for a ramble instead
For sooner than part from the mountains
I think I would rather be dead
‎
So I'll walk where I will over mountain and hill
And I'll lie where the bracken is deep
I belong to the mountains, the clear running fountains
Where the grey rocks lie ragged and steep
I've seen the white hare in the gullys
And the curlew fly high overhead
And sooner than part from the mountains
I think I would rather be dead.‎