It's A Man's Life In The Army 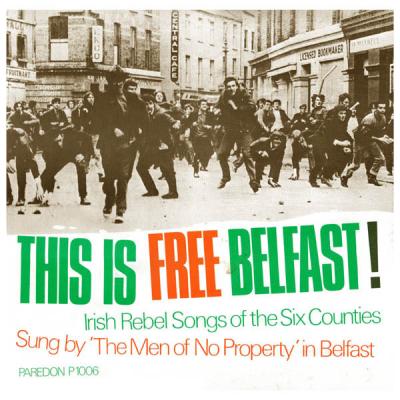 When I was five my mother died,
At twelve I left my home,
At eighteen years I took the shilling,
My career had begun,
For fifteen years I've slogged on foot,
A soldier of the crown
Now I curse the unemployment
Made me leave old Belfast town.

As a soldier of foot brigade,
I've been to foreign parts,
I've seen the sun rise in the East,
Broke many a girlie's heart,
I've left them in the streets to mourn,
While I marched off to play,
My part in keeping riots down
At two pounds ten a day.

I'd a mate was killed in Germany in 1965,
It's a man's life in the Army
For those that stay alive,
He was crushed below a lorry
As he staggered down the street,
Cheap drink was never mentioned
On the Army report sheet.

They've used me as a blackleg
When the dockers go on strike,
Sometimes I think desertion
Should be a squaddies right,
The sergeant says it's Bolshie now,
To dream of civvy life,
So they've sent me back to Belfast town,
To teach me wrong from right.

It's right to be a soldier in the military role,
But it's wrong to be a civvy cause you
Might be on the dole,
And it's right to earn your living
As a soldier of the crown,
To be unemployed since leaving school
Is wrong in Belfast town.

So I think of the Queen of England,
And I'm glad thet I'm employed,
Pumping CS gas at children,
Till their parents get annoyed,
I'm glad I joined the Army now,
To teach me wrong from right,
To hell with your unemployment now,
Like me you'll have to fight.