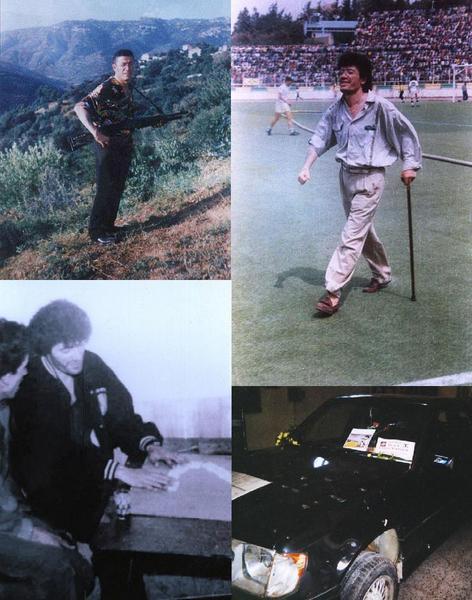 compare to original
compare to other versions
Language: English
English version from Amazigh World
LETTER TO THE GOVERNORS

No use waiting for hope nor shall we abdicate
Never they'll let Kabyles govern, bright & learned may they be
Fondling injustice, their own hands have rotted like evil
They soiled our origins
They dyed the face of Algeria with Islam & Arabic
Along with deceit and lies

You resemble our tale of the birdbrain protecting the door
How naive, you, who hope that someday they'll drop the key
You should know the greedier they are, the more they ask for
The solution lays in lunging to split the country
Only then will Algeria be freed
From deceit and lies

Numerous arrows they stabbed and planted in us
Before they leave us, they make sure others take over
Algeria solidarity is in an incurable agony
The Monster has grown horns so as to vitiate our mountains
We long for the eternally delayed remedy to cleanse it
From deceit and lies

Although dying of hunger and exhaustion, we won't surrender
Nor shall we kneel down as long as heroes are still among us
No matter how things worsen for us, we will remain
We experienced and overcame such situations in the past
With our ROOTS & WISDOM, we'll cleanse and free Algeria
From your deceit and lies.

Written by the Algerian-born Kabyle singer, poet and freedom fighter Lounes Matoub. Translation by Pål Moddi Knutsen and Maren Skolem. The melody is based on the Algerian national anthem.
OPEN LETTER

First the French decamped and left us with the garbage.
Then our flag was dyed with Islam and Arabic.
They forgot to whom this country once belonged.
There is always someone here to take the throne.
Traitors, traitors, traitors.

Did you believe that they would listen just because they said they would?
How naïve! They’ve always been too righteous for their own good.
For you know, power is addictive to the one it wields.
They have sown with evil hands and harvest our tragedy.

First the French decamped and left us with the garbage.
Then our flag was dyed with Islam and Arabic.
They turned a blind eye to Algeria’s free men.
We could have it all but were enslaved again.
Traitors, traitors, traitors.

All the same we will never let them have their filthy ways.
We remain! These are our mountains; this is our place.
We will break through the the door and have what’s ours all along.
For without us Algeria is suffering on her own.

So come the rain, come the wind come the hunger.
We won’t sit and wait for freedom any longer.
We must sacrifice the arm to save the heart.
We will split the land before it falls apart.

First the French decamped and left us with the garbage.
Then our flag was dyed with Islam and Arabic.
But our roots go deep and our will is strong.
We will cling onto the land where we belong.
Traitors, traitors, traitors.