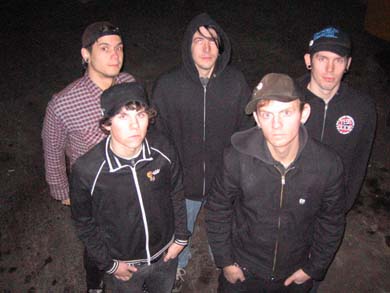 
Listen to the song at myspace.com
There was this wise man I once knew
Who lived down my street a block or 2
In a back alley where the autumn leaves blew
A simple man with a heart so true

John Doe was a quiet man, who kept to himself and lived off the land
He panned his living with a rusty tin can
Been living off the streets since Vietnam

Slapped with a label, he hid his face, the nightmare of war
Was one he couldn't erase, when Johnny came marching home
(he said) I can't let go, I can't forget

25 years later, that smell I still remember
As I watched so many young men lose their lives, on that battlefield
To Vietnam they sent us barely, old enough they placed us
On the front lines in a land we had no place we had no place!!!

On the day I left that battlefield, I might as well have died
Because nothing in my life this far, has ever felt quite right
And each and everyday I try to pick the pieces up
But the pieces never seem to fit, the pain becomes too much

It's hard to describe, so hard to relate, it's hard letting go
When you can't escape
To think that when we came home our country turned it's back
And labeled us all murderers, spit on us, spit on us and laughed

He spoke with such convicting words, I felt like I was there
A simple frail and shattered soul, the soldier never dies he sang
I thought about how it must feel to watch all your friends die
So far away so far from home, fighting wars we had no place!