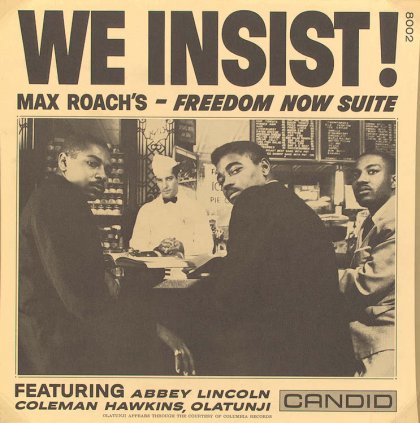 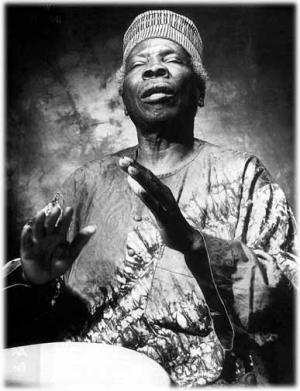 ALL AFRICA connotes both the growing interest of American Negroes in the present and future of Africa and also their new pride in Africa’s past and their own pre-American heritage. In this collaboration between American jazz drummer Roach, Afro-Cuban players Mantillo and Du Vall, and Nigerian Michael Olatunji, it was Olatunji who set the polyrhythmic directions. It is his voice answering Abbey Lincoln in the introduction. She chants the names of African tribes. In answer, Olantunji relates a saying of each tribe concerning freedom — generally in his own Yoruba dialect. His is also the leading drum voice (he’s actually playing three, the basic drum being an Apesi from Nigeria, a whole drum carved from the trunk of a tree.)

original liner notes by Nat Hentoff
The beat has a rich and magnificent history,
Full of adventure, excitement, and mystery.
Some of it bitter, and some of it sweet,
But all of it part of the beat, the beat, the beat.
They say it began with a chant and a hum,
And a black hand laid on a native drum.