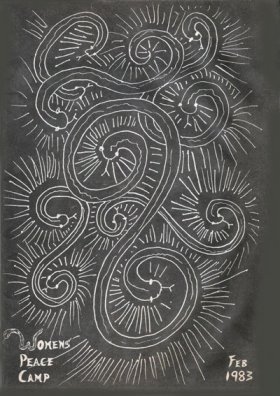 Recorded by Libana, "A Circle is Cast". Source: Chants : This a combination of songs from the net and personal collections (compiled in this form by Syrylyn RainbowDragon.) Some of this collection of Pagan songs was assembled by Walking Stick.
http://syrylynrainbowdragon.tripod.com...

(Page 15 in the songbook is a photomontage based upon the frontpage of the Greenham Common magazine Womens Peace Camp, February 1983. Artist unknown.)
Under the full moonlight we dance