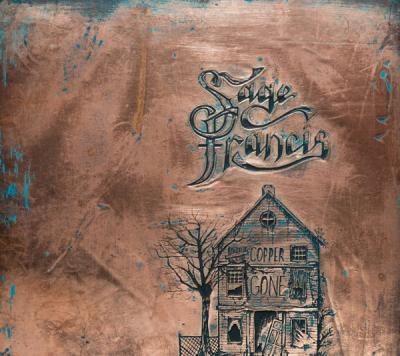 I like for my shoes to look like they've been walked in.
My house to look like it's been lived in.
My car to look like a coffin that's been driven off a cliff.
My career...like a non-stop graveyard shift.

Don't clean the crime scene because time means money.
I don't need Visine when my eyes seem bloody.
I see dead people. But who doesn't?
We walk undercover, deadpan, blending in with other human puppets.
Discussing nothing but the sports and weather.
If I stare long enough they all morph together.
And then I freak out. That'll blow my cover.
So I just keep out. No, we don't know each other.
I'm on the road to recovery, no GPS.
Hoisting my sails 'til the sea breeze rests.
Suck wind if you want to playa' hate.
Day to day I use my fear of falling asleep to stay awake.
I appear psychic-like, but I'm not a psychic.
You're just predictable with no fight left to fight it.
If you write it...they will come,
With a red pen and taser gun. Do something.

I like for my shoes to look like they've been walked in.
My house to look like it's been lived in.
My car to look like a coffin that's been driven off a cliff.
My career...like a non-stop graveyard shift.

I sift through the ashes in search of survivors.
Digging up the earth, filling urns with dirt.
For what it's worth, I'm richer than the cemetery's soil.
I use slant drilling to get my midnight oil.
I've been moonlighting as a day dreamer,
I'm at the wheel of an 8 seater. Hey, Mr. Gatekeeper...
Call me Key Master. No, home owner.
1, 2, into the 3 into the foreclosure.
They said the war was over, but we knew it wasn't.
They wanted more soldiers so we said "Sure, fuck it."
Here's a fresh batch of people with setbacks.
The poor folk. In fact, they're all broke cuz of your debt traps.
Picking the pockets of people who probably needed assistance most.
Selling 'em lies, selling 'em out, sending 'em off to a distant coast.
Telling them anything anyone left with impossible debt is receptive to.
Breaking a promise of negative worth like, "Buddy, there's nothing left for you."
Gotta buy buy buy to stay alive! They punish the payment delays.
They charge you for the low balance and then ask why didn't you save?
Too long we took it on the chin. Too long we took it to our grave.
Now we take what we can get. Fuck an unlivable minimum wage.
Do something.

Sometimes I shoot myself in the foot.
Then I put my foot in my mouth.
I clean it while it's there and then I suck the bullet out.
Reload the weapon. Now that's conservation.
Stay locked and loaded in a bad conversation.
You're making blank statements like the surplus of your ammunition's finite.
Visionary nothing -- you're a man who lives with hindsight.
Return to the hive mind then call me back.
I'm predicting early that you'd be a Monday morning quarterback.
So cocksure in a culture that gangs up bully types.
Mob mentality. As if that isn't what a bully's like.
Inspiration strikes like a union.
I write these lines just to cross 'em.
I'm concluding -- if my momma don't wanna she never has to work again,
Don't ever ask me why I spread myself so thin.
I'm fin to flirt dirty with the pen and flick my tongue on its bottom,
I promise writer's block ain't never been a problem.
I probably make the columns want to pop bottles of pain relief.
Sometimes it's what you don't say that says the most. To say the least.
Idle feet are the Devil's fetish club...
A highly exclusive spot that none of us are members of.
Dante's a scrub. We kicked him out the van and steam rolled him.
In 2010 when we had a couple of dreams stolen.
Me and B. Dolan. Relocked and reloaded.
When it feels like you're going through hell, keep going.

And as they say...
May the bridges that we burn light the way.

I like for my shoes to look like they've been walked in.
My house to look like it's been lived in.
My car to look like a coffin that's been driven off a cliff.
My career...
VONNEGUT BUSY!
Do it. Do it. Mess up my mind.