I Wanna Destroy You

>>> Grazie per questo gioiello. Thank you very much! 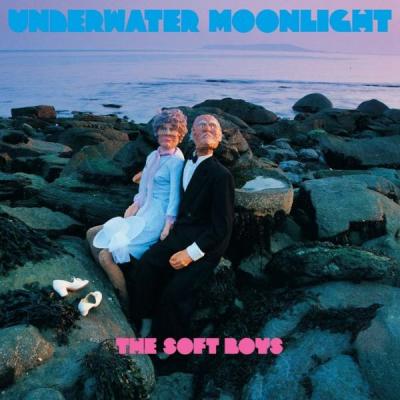 For their second full-length album, Underwater Moonlight, the Soft Boys blended their punk spirit, psychedelic roots, and raw talent into something special. On the opening track, they spelled out their mission is stark terms. The world is a mess, and the forces that are trashing it need to be put down. Over a searing guitar, Robyn Hitchcock declaims a manifesto on the redemptive power of music and a desire to fix his broken world. The Boys provide solid harmonies as they chant the chorus, finally fading out with a grim howl. It’s a wonderful song, remarkable in a catalog best known for strange creatures and subtle intrigue.

Grazie per questo gioiello. Thank you very much! 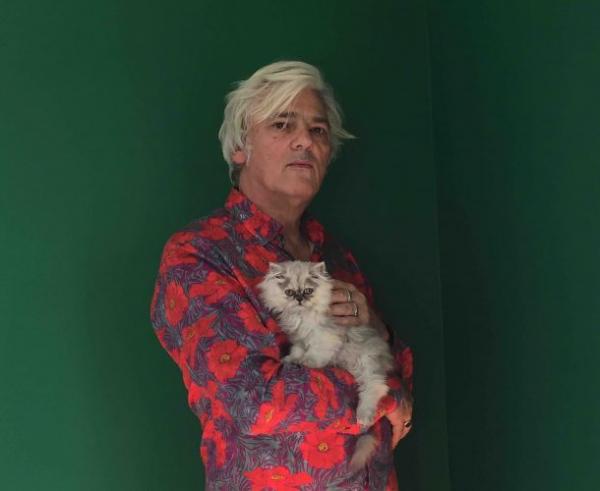 It kinda went like this. Back in 1990 me and my Father were on a road trip, driving around Niagara Falls (NY) on a weekend afternoon. As I would normally do when roaming around new environs, I commandeered the radio dial while Dad concentrated on driving. Back then was when I began gravitating towards college radio stations. To cut to the chase, on some left of the dial outlet with less than adequate reception came this song - brash and clamorous, yet equally melodic and compelling. With the station fading in and out I was concerned we would be out of it's reception area entirely in a matter of minutes, if not seconds, and I was determined to hear the name of it from the DJ. I successfully persuaded Dad to pull into a parking lot for a few minutes, much to his annoyance, but before long I had the vital stats I needed. It would be another two years or so until I would hear The Soft Boys "I Wanna Destroy You" again, specifically on Rykodisc's expanded reissue of the band's tour-de-force Underwater Moonlight LP.

A blistering anti-war screed. Musical catharsis. Incendiary. A bona fide, alt-rock anthem. "I Wanna Destroy You" is all of the aforementioned and then some. To address the "then some" quotient" consider that the song in question gets to it's rousing chorus before the first word of the first verse is even uttered. Such "disorder" would likely be an abomination to traditional songwriters, but Robyn Hitchcock's gamble paid off in ways that few songs before or since have. Without parsing the lyrics line-by-line (now really, do you think I have that much time on my hands?) it can be tricky to definitively decipher whether "I Wanna Destroy You" aims at encouraging passive resistance, or if throwing something a little more aggressive into the mix is also necessary to yield desired results. Like so many anti-war/anti-violence songs, the specific conflict isn't mentioned, leaving much to the imagination, conveniently allowing the tune to be employed when an applicable scenario comes to light. I'm sure we can all think of our fair share of such motifs in say, the last fifty years, or for that matter just ten, but I digress.

A powerful melody, gut-wrenching delivery, and an undeniably dense, sonic fortitude make "...Destroy..." as eminently intense and anthemic as it is. Apparently, I'm not the only one who thinks so, as this classic Soft Boys calling card has been taken to task by many artists over the thirty-plus years since it's 1980 inception. Amongst the thirteen versions I'm including in this cobbled together collection is unfortunately the Circle Jerks notably butchered rendering (which in case you didn't know features Debbie Gibson on backing vocals). Relatively straightforward readings by Yo La Tengo, Comast Angels, The Laureates and Mood Six all compensate enormously. There are live takes as well, by such not-familiar players as the Surrenders and Australia's Eastern Dark. As for a couple names you just might recognize, The Replacements recalibrate the lyrics to their liking (or perhaps inebriation) while Coffee Creek (members of Uncle Tupelo and Bottle Rockets) twang-ify the song as they see fit. Finally, I'm tossing in a live 1980 performance by the Soft Boys themselves, and a legendary 1989 take by Nigel & the Crosses (a conglomeration of Robyn Hitchcock, Peter Buck, Glenn Tilbrook and Billy Bragg).
(Spavid, su Wilfully Obscure)