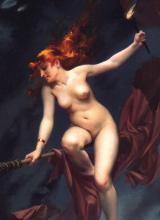 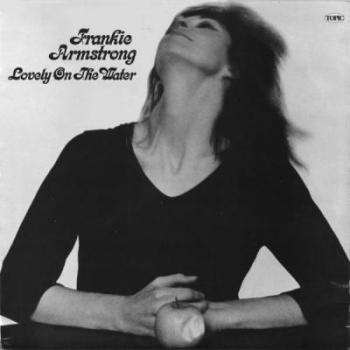 A proud, vengeful creature, spurned “because she was too brown”. The implication is, she wasn't fine enough, ladies had lilywhite hands, skin as fair as milk; working girls got suntanned and coarsened in the field, unfit for gentlemen. The ballad, containing echoes of Lord Thomas and Fair Eleanor, Barbara Allen, and others, doesn't seem to have been very common it its original form, more or less as Frankie sings it. But in altered shape, in which it is the man, sometimes a sailor, not the girl who is slighted and pitiless, it had wildfire success in England as The Dover Sailor, and the USA, as A Rich Irish Lady. (A.L. Lloyd, nelle note all’album della Frankie Armstrong)

“My love has sent me a love-letter,
Not far from yonder town,
That he could not fancy me,
Because I was so brown.

“I sent him his letter back again,
For his love I valu'd not,
Whether that he could fancy me
Or whether he could not.

He sent me his letter back again,
That he lay dangerous sick,
That I might then go speedily
To give him up his faith.”

Now you shall hear what love she had
Then for this love-sick man;
She was a whole long summer's day
In a mile a going on.

When she came to her love's bed-side,
Where he lay dangerous sick,
She could not for laughing stand
Upright upon her feet.

She had a white wand all in her hand,
And smoothd it all on his breast;
“In faith and troth come pardon me,
I hope your soul's at rest.

“I'll do as much for my true-love
As other maidens may;
I'll dance and sing on my love's grave
A whole twelvemonth and a day.”

I am as brown as brown can be and my eyes as black as sloes,
I am as brisk as nightingale and wild as forest doe.

My love he was so high and proud, his fortune too so high,
He for another fair pretty maid left me and passed me by.

He sent to me a love-letter, he sent it from the town,
Saying no more he loved me because I was so brown.

Oh, first he sent for the doctor-man, “You doctor must me cure.
The pains that now do torture me I can not long endure.”

Oh ne'er a bit the doctor-man his sufferings could relieve;
Never a one but the brown, brown girl that could his life reprieve.

Oh, then did he send from out the town, oh then he sent for me,
He sent for me, the brown, brown girl who once his wife should be.

Now you shall hear what love she had for that poor love-sick man,
How all one day, one summer’s day, she walked and never ran.

”I'll do as much for my true love as any young girl may,
I'll dance and sing all on his grave for a twelve month and a day.”