Somewhere at the Front, Somewhere 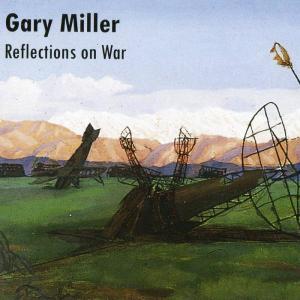 Somewhere at the front, somewhere
A soldier sits with pad and ink
Lampooning all the things that he sees there
It might cause a bit of a stink
For if the CO learns of it, quicker than a blink
He’ll have him cleaning the latrines or even in the clink
For it wouldn’t do for Tommy to question or to think
Somewhere at the front somewhere

Now Tommy has a lot of gripes
So to comment on army life
He draws cartoons that take almighty swipes
Whilst making fun of all his troubles and his strife
He’ll grouse about the billets swarming everywhere with rats
But it’s far worse in the trenches where they’re as big as cats
They’ll empty out your mess tin then fill up your tin hats
Somewhere at the front, somewhere

There are bits of onion floating in your tea
To wash down bully beef or plum and apple jam
While the generals sit in chateaux sipping brandy
To wash down all their lovely eggs and ham
Now two teaspoons of rum just doesn’t seem quite fair
To give Tommy the courage he needs for trench warfare
What can he do but raise a shrug and shout “C’est la Guerre!”
Somewhere at the front, somewhere

Exhausted you’re made to stand in line
For medical inspections and parades
Bellybuttons touching backbones, every one
Like skeletons, what specimens we make!
The MO walks along the line and grabs you by the balls
And squeezes them until you cough, it makes you feel so small
We’ll use his balls for marbles so he has no balls at all
Somewhere at the front, somewhere

Tommy’s work encapsulates the human spirit
Over the cruel inhumanity of war
It’s got comedy, cynicism, and satire
Parody, anger, wistfulness and more
You won’t see it in Punch or hear it proclaimed as art
But it speaks for every Tommy whoever played his part
In every grim fiasco that tore his life apart
Somewhere at the front, somewhere