>>> I don't really like it when I see my research copied and pasted...

>>> Dear Erick, we apoligize for that. Actually the link to the source...

A traditional song, often being the work of an anonymous or forgotten author, can naturally be regarded as the representative expression of a community; and, being still sung by subsequent generations, will have successfully passed the test of time. Its continuous handling down from generation to generation ensures that the feeling is an enduring one. One song in Irish which has been carefully passed on since the mid-nineteenth century, is called ‘Amhrán na bPrátaí Dubha’ (‘The Song of the Black Potatoes’)11 and was probably composed during the Great Famine by Máire Ní Dhroma, who lived near Dungarvan. 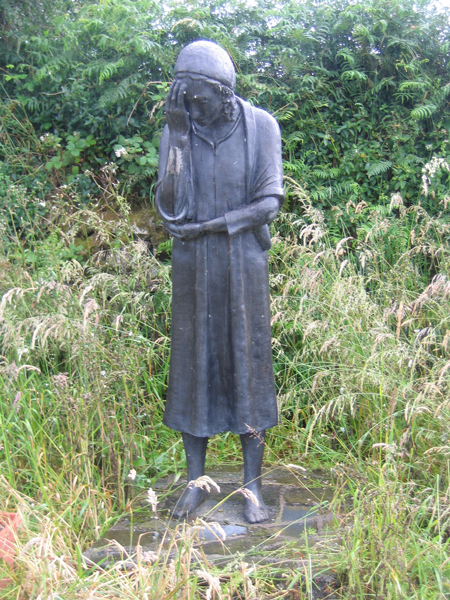 
11It features ten verses, and is mostly an appeal to mercy from God: ‘A Dhia na Glóire fóir agus freagair sinn’ (‘O God of glory protect us and answer us’), initially substantiating the belief expressed by many that the famine was a divine intervention, as openly stated by C.E. Trevelyan, the assistant secretary to HM Treasury, and in effect the general administrator of relief programmes in Ireland during that period:

I hope I am not guilty of irreverence in thinking that, this being altogether beyond the power of man, the cure has been applied by the direct stroke of an all-wise Providence […]. God grant that we may rightly perform our part, and not turn into a curse what was intended for a blessing.
Letter of Charles Trevelyan to Thomas Spring-Rice (Lord Mounteagle), 9 October 1846.


12As this was also the view supported by the Catholic clergy in Ireland, ‘Amhrán na bPrátaí Dubha’ stands out as a strongly discordant voice, with a tone of social and political protest summed up in one line of the song, where faith gives way to a passionate objection: ‘Ní hé Dia a cheap riamh an obair seo, Daoine bochta a chur le fuacht is le fán’ (‘It wasn’t God’s work, sending out poor people to cold and wandering’). This line, which has more recently been used on several memorials to the Great Famine victims, from Limerick to Melbourne, could explain why the song was very rarely heard until the mid-20th century. A similarly angry song in Irish, highly critical of the clergy itself, is ‘An Bhuatais (Aor an tSagairt)’, the story of a Catholic priest who preferred to buy himself new boots rather than take care of his dying parishioners.13 Understandably, this song was also very rarely heard in Ireland before the second half of the 20th century. More common, however, was the criticism against the system of the poorhouses and the organisation of the relief system, also mentioned in ‘Amhrán na bPrátaí Dubha’: ‘Iad a chur sa phoorhouse go dubhach is glas orthu […] Ar bheagán lóin ach soup na hainnise’ (‘Locked in a gloomy and grey poorhouse […] with but a little soup of misery’). 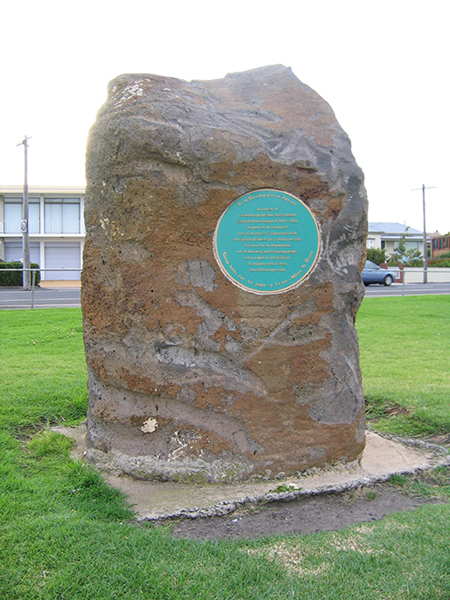 Melbourne Famine Monument – ‘Famine Rock’ Williamstown, Victoria Commissioned by: Melbourne Irish Famine 150th Commemoration Committee
In memory of / one million people who died in Ireland / during the Great Hunger of 1845-52. / In praise of / tens of thousands of dispossessed Irish / who sailed to Hobson’s Bay to build a new life. / In sorrow for the dispossession / of the Bunurong and Woiworung people / but in a spirit of reconciliation. / In solidarity with all those / who suffer hunger today.
Irish inscription encircling main text: Ní hé Dia a cheap riamh an obair seo Daoine bochta chur le fuacht is fán Máire Ní Dhroma [note: Lines from Máire Ní Dhroma (mid 19th. Century Irish language poet/singer) taken from ‘Na Prátaí Dubha’ (‘The Black Potatoes’).

The black potatoes scattered our neighbours,
Sent them to the poorhouse and across the sea,
They are stretched in hundreds in mountain graveyards,
May the heavenly host take up their plea.

O God of glory save us and answer us
Loose our bonds and fight our case,
Give us life from out your heart again
And level the poorhouse in every place.

If it was sin brought this penance down on us,
Open our hearts and banish gall,
Anoint our wounds with your spirit’s healing
And heavenly host take up our cause.

Too little we hold you in our memory
With the dark of life and its keen of woe,
O Jesus Christ lift this cloud from us
May we see your face as we come and go.

The poor of Ireland truck with misery
With the pain of death and the weight of grief,
Little children scream each morning
From hunger pains, with no bite to eat.

It can’t be God that brought this down on us,
The starving scattered under freezing skies,
Or the poorhouse door bolted cold and dark on them,
With wives and husbands set apart to die.

Snatched from them without compassion
Were the children raised by them in pride,
Famished waifs tasting soup of misery
And no mother there to ease their cries.

Alas there are those endowed with wealth enough,
Who do not serve the king of life,
They abuse the poor who never had anything
But constant labour for all their time.

From early morning they toil unceasingly
Each sweated day until dark comes on,
Little gain their best can earn for them
But cold dismissal and tumbled homes.

Oh King of pity and blessed lamb of God
Free us from this tormenting pall
Don’t let a single soul be lost to you,
You whose passion redeemed us all.

The king of glory will surely answer them
And the Virgin Mary unbolt the door,
The twelve apostles will make good friends of them
To share in plenty for evermore.

That day will show the true heart of charity
With the King of Heaven handing out relief,
The light of lights and the sight of Paradise,
Will repay the poor for this earthly grief.

I don't really like it when I see my research copied and pasted on a website. The least you could do would be to say that this is not your own text and that it was mostly taken from an original academic paper published in France.
Here is the reference :

Dear Erick, we apoligize for that. Actually the link to the source was already included, but we made it more explicit by adding the title of the article and your name.