I Did It for Alfie 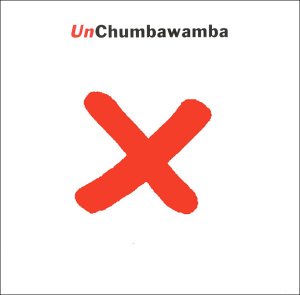 The song is about Paul Kelleher, who walked into the Guildhall Art Gallery with a concealed baseball bat, and proceeded to knock the head off a statue of Margaret Thatcher. During his trial he said he had done it because "I am becoming increasingly worried as to what sort of a world I have brought my son (Alfie) into". 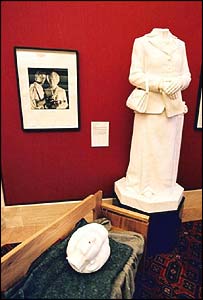 Having unsuccessfully swiped the statue with a Slazenger V600 cricket bat concealed in his trousers, Kelleher used a metal rope support stanchion to decapitate the statue. After the beheading, he waited to be arrested by the police who arrived minutes later. He said on capture, "I think it looks better like that."

The statue had been commissioned in 1998 from sculptor Neil Simmons by the Speaker's Advisory Committee on Works of Art,[5] paid for by an anonymous donor and intended for a plinth among statues of former Prime Ministers of the United Kingdom in the Members' Lobby of the House. However, the House did not permit a statue to be erected there during its subject's lifetime, so the statue was temporarily accommodated in the Guildhall. It was unveiled there by Thatcher in May 1998. Following the loss of its head, it was removed from display. Although it was estimated that the work could be repaired for £10,000, statue experts worried that it would never be the same.

At Kelleher's first trial, he said in his defence that the attack involved his "artistic expression and my right to interact with this broken world". The jury, despite nearly four hours of deliberation and a direction from the judge that it could decide by majority, failed to agree on whether or not he had "lawful excuse". He was retried in January 2003, found guilty of criminal damage and sentenced to three months in jail.

In 2007 a new statue of Thatcher, commissioned in 2003 from sculptor Antony Dufort and this time more safely in silicon bronze, was erected on the reserved plinth in the Members' Lobby. The rule against living subjects had been relaxed and Thatcher unveiled the statue.