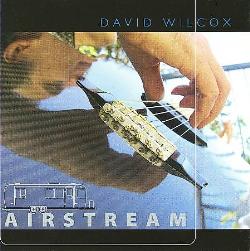 Look at all the people in their living rooms
With their eyes all glued to the evening news
Catch 'em at a moment when they're all afraid
And then sell them well on the plans you've made
All the citizens who listen and believe
Falling just the same
Falling into line cause we did not know
Of the bait and switch and the shadow show
When you faked the truth, to make your claims
You played our fears, for your own gain

Then we needed a leader and you're all we had
So we told ourselves you were not that bad
You took the opportunity to have your way
While our wounds still bled we were led astray
All the the fears that came descending on us then
Falling just the same
Falling like the towers in a cloud that hung
So it blocked our view and it hid the sun
When our eyes were down, in all that pain
With your slight of hand, you cast the blame

You said that it was over when it had just begun
Saying: "Job well done," as if the war was won
But all of us are watching as the numbers climb
Of the killed and injured, dead and dying
All the soldiers that have fallen in this war
Falling just the same
Falling for the trick that you played on us
When you made those lies and betrayed our trust
As if this war, was just your game
You're breaking down - our country's name