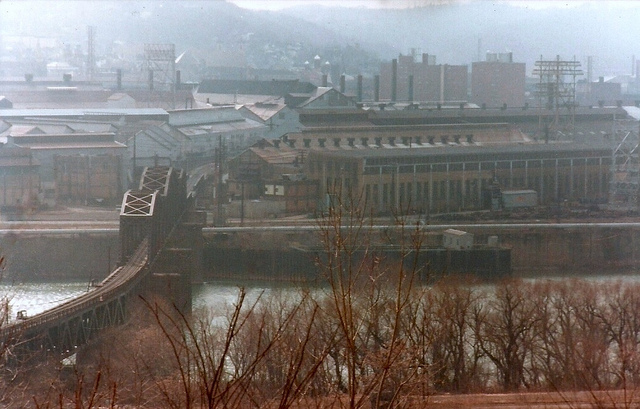 Homestead Steel Mill
Frankie was a leader of the rank and file
down at the Homestead mill.
With a heart of gold, a spirit bold
he rolled that stainless steel.
Voice for the ones who could not speak
champ for the underdog;
Fighter, drinker, working class thinker
trying to right what's wrong.

A union soldier in a holy war
to save our manufacturing base;
Back in the years when good jobs were here,
heroes had there place.
He believed in a democratic union
for the members he took a stand;
Against the powers-that-be, in solidarity
with the working woman and man.

With Ronnie, and Johnny, Tommy, Michelle,
Jack, Dave and the rest of the gang,
Turned our Local around,
upside down, the bells of freedom rang.
Though ego and power, stole the hour,
showers of shutdowns came,
Frankie still shined, on the front lines,
fightin' all the way to the end.

When the movement split
some tried to force me to quit,
Frankie refused to take sides.
At every bend, he was my friend
this memory will never die.
Just like we was true blood brothers
we had each others' backs.
Three decades later, our friendship greater,
this bond did never crack.

One day the paper came, I saw Frankie's name,
buried on the obit page.
Another cancer victim, the big "C" kicked him
at way to young an age.
In the funeral den, with his family and friends,
I told them about the days;
In the labor wars, on the shop floor,
his love and his passion raged.

Among the ranks, taking on the big banks,
Frankie Domagala stood;
Up against the clowns who tore the mills down,
giving it all he could.
He believed in democracy and justice;
courage ran through his veins.
Like the others who fought, that history forgot,
I'll make sure they remember his name.