>>> Us and Them sulla Mafia (in siciliano)

>>> Dub Side of the Moon is a dub reggae tribute to the Pink Floyd... 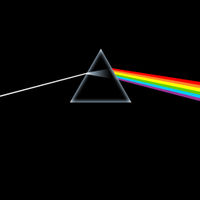 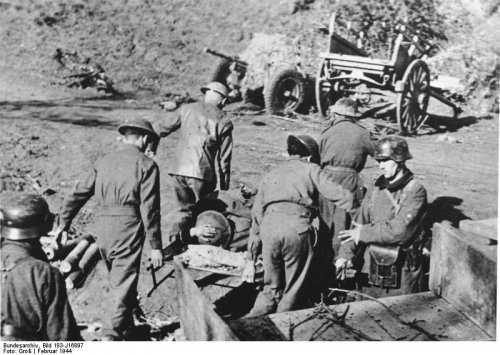 "Us and Them" is the seventh track[1] from English progressive rock band Pink Floyd's 1973 album, The Dark Side of the Moon. It was written by Richard Wright and Roger Waters and sung by David Gilmour (harmonies by Wright). It is 7 minutes, 50 seconds in length, making it the longest song on the album. When performed live throughout the 70s, it was even slightly longer, though in later tours, as evidenced in bootlegs and the releases P•U•L•S•E and Delicate Sound of Thunder, it was sometimes up to a minute shorter.

"Us and Them" is rather quiet in tone and dynamics. It has two saxophone solos in it, one at the beginning and another towards the end of the song. Rick Wright introduces the song with harmonies on his Hammond organ and put a piano chordal backing and short piano solo afterwards on the arrangement. The verses have a unique almost jazzy chord sequence: D sus 2, D 6, D minor major 7 and G (with D in the bass sustained as a pedal point throughout) Especially the D minor chord with a major 7 is a rarity in 1970s pop music. In the middle, there is a break during which several characters including Pink Floyd roadie "Roger the Hat" speak (during the recording of this a number of interviews were laid down, including with Paul and Linda McCartney who were recording in the same studio). Before its release, the song was known as "The Violent Sequence" which is available on bootlegs.

The song describes the tendency of people to partition themselves from those who are different, in cases such as war, politics, and social class. Moreover, it is a description of the battle between citizens' desires and their government; the battle between "us and them."

The tune was originally written on the piano by Rick for the movie Zabriskie Point in 1969; this is where the "Violent Sequence" title came from. Director Michelangelo Antonioni rejected it on the grounds that it was too unlike their "Careful with That Axe, Eugene"-esque work; as Waters recalls it in impersonation, Antonioni's response was, "It's beautiful, but too sad, you know? It makes me think of church." [2]. The song was shelved until Dark Side of the Moon.

It was also re-released on the 2001 greatest hits album, Echoes: The Best of Pink Floyd, where it is the seventh track of the second disc.

en. wikipedia
Us, and them
and after all we're only ordinary men

Me, and you
God only knows it's not what we would choose to do
"Forward" he cried from the rear
and the front rank died
The general sat, and the lines on the map
moved from side to side
Black and Blue
and who knows which is which and who is who
Up, and down
but in the end it's only round and round

Haven't you heard it's a battle of words
the poster bearer cried
Listen son, said the man with the gun
There's room for you inside

Down and out
It can't be helped but there's a lot of it about
with, without
And who'll deny it's what the fighting's all about
Out of the way, it'a busy day
and I've got things on my mind
for want of the price of tea and a slice
the old man died


compare to original
compare to other versions
Language: Sicilian
Us and Them sulla Mafia (in siciliano)
NOAUTRI E IDDI