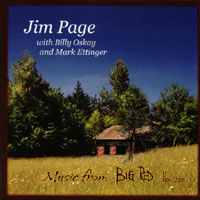 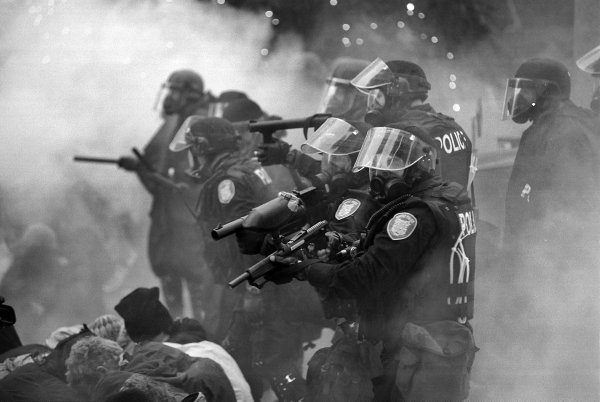 ‎Seattle 1999‎
November 30th, '99
history walkin' on a tightrope line
big money pullin' on invisible strings
gettin' into everything
so deep, it's hard to believe
it's in the food and the water and the air you breath
and the chemistry, the bio-tech
the banker with the bottomless check
the corporations and the CEO's
and the bottom line is the profit grows
the money talks, you don't talk back
they don't like it when you act like that

but didn't we
shut it down
didn't we ‎

November 30th, '99
it was a Tuesday mornin' when we drew the line
it was the WTO comin' to town
and we swore we're gonna shut it down
and they stood there with their big police
they had the National Guard out to keep the peace
with the guns and the clubs and the chemical gas
but still we would not let them pass
and they raged and roared and their tempers flared
and there were bombs bursting in the daylight air
and they'd run us off, do us in
but we came right back again

November 30th, '99
millennium passing as the numbers climb
and the people came from everywhere
there musta been 50 thousand out there
there were farmers, unions, rank and file
every grass roots has it's own style
there were great big puppets two stories tall
there were drummers drummin' in the shoppin' mall
there were so many people that you couldn't see
how that many people got into the city
and the WTO delegates too
but we were locked down, so they couldn't get through

November 30th, '99
lockdown at the police line
and they're hittin' you with everything they got
but you ain't movin', like it or not
and they're tyin' your wrists with plastic cuffs
and they're loadin' you up on a great big bus
and they're takin' you down to the navy base
pepper sprayin' you right in the face
try to break you down, try to get you to kneel
but you got the unity and this is for real
and they can't break a spirit that's comin' alive
that's the kind of spirit that's bound survive

didn't we
shut it down
didn't we ‎

‎'cause didn't we
shut it down
didn't we ‎

it's the greatest story ever told
David and Goliath, how you be so bold
standin' up to the giant when the goin' gets hot
and all you got is a slingshot
well they tell me that the world's turned upside down
you gotta pick it up and shake it, gotta turn it around
you gotta take it apart to rearrange it
I don't want to save the world I want to change it
don't let 'em tell you that it can't be done
‎'cause they're gonna be the first ones to run
just take a little lesson from Seattle town
WTO and how we shut it down ‎