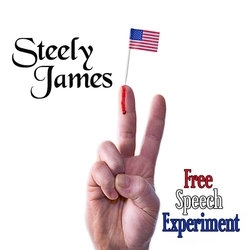 BloodyBlackGold.
If you thought the $4-trillion Iraq-Afghanistan-Pakistan quagmire, and the loss of standing and credibility that goes with it, would bring the declining West to its senses, well, think again.
Even now, drums of war are beating in Israel and across Natodom to "Bomb, bomb, bomb" Iran and Syria, and go "free" them with the drones and the missiles of "regime change."
With Libya in ruins, and its oil pledged to NATO multinationals, the screws are now tightening on Iran and Syria. The IAEA (International Atomic Energy Agency) is meeting in Vienna to discuss its latest report on Iran, while Israel openly threatens to strike Iran's nuclear facilities. And the Arab League (AL) has suspended Syria to force "regime change" in Damascus.
In our Upside Down World it's the least of paradoxes that Israel is itself a widely proven though undeclared nuclear power, which has not signed the NPT (Nuclear Non Proliferation Treaty), of which Iran is a member. Yet Israel, which just tested a long-range missile capable of carrying atomic warheads, is never questioned on its military nuclear activities.
The U.S. and its NATO allies have invested much over the years, in terms of both overt sanctions and covert operations, to shake Iran's and Syria's support for the Lebanese (Shiite) Hezbollah and the Palestinian (Sunni) Hamas. The resistance of Iran and Syria to Western plans has stymied Israel, NATO's regional cop. Those sustained preparations are now coming to a head.
So new "cops" are being mobilized. Saudi Arabia, which recently bought $75-billion worth of arms from the US, has been playing a crucial role in turning the popular, democratic Arab Spring into an Arab Winter -- sending troops and tanks to crush the uprising in Bahrain and uphold the British-installed Al-Khalifa dynasty, and supporting pro-Wahhabi Islamist parties in Egypt, Tunisia, Iraq, Syria, Lebanon, Libya, Jordan and Morocco.

Could've gone Green, could've grown hemp for fuel
But the Government enforces the rules
Couple hundred years ago
we were riding horses to and fro
where did we get our information...
I'd really like to know who
Said they thought it'd be cool
to go drilling holes in the Earth
Thinking only of the worth
Well it ain't worth much to me
When there's no more fish to eat
Where did we get this information..

Could've gone Green could've grown hemp for fuel
But the Government enforces the rules
Couple hundred years ago
we were riding horses to and fro
where did we get our information...
Now we got satellites, and space stations
reaching out to distant nations
Taking in the clues they gave us
They've only quickly lead to failures
And start a series of events
To bring about a bitter end
where did we get this information... -Here we go