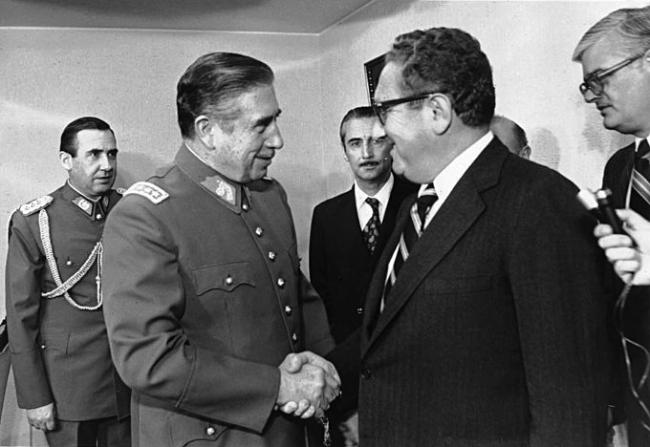 Vietnam, Uncle Sam, goddamn, what a scam
Pinochet, CIA, US, Henry K
tossed in bed, cold sweat, nightmare, like a diplomat
so sad, shouting out: what if a peace broke out?
Cambodia, Bangla Desh, East-Timor, Nixon's whore
clusterbombs, napalm, Nobel prize, election-time...
El Salvador, Colombia, contras, Nicaragua
Haig, Reagan, Ollie North, Iran, Somalia, and so forth:
Iraq, uranium, what's inside that cranium
of George Bush 1 & 2, Rumsfeld, Cheney, how are you
Rise, Powell, Wolfowitz, North-Korea, Middle-East
Afghanistan, shock and awe, war on terror ho ho ho
the poor soul got away, the poor soul got away
and we got stuck with the asses of A