The War of Labour: Emigration, Immigration, Exploitation, Slavery
[1974]
Album "I Am Not Afraid", registrato a Los Angeles nella primavera del 1974. 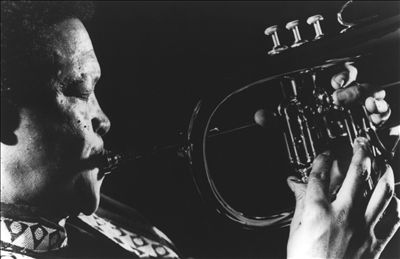 Uno dei classici del grande musicista sudafricano (che fu anche compagno di Miriam Makeba), una canzone dedicata ai lavoratori delle miniere di Johannesburg.
There is a train that comes from Namibia and Malawi
there is a train that comes from Zambia and Zimbabwe,
There is a train that comes from Angola and Mozambique,
From Lesotho, from Botswana, from Swaziland,
From all the hinterland of Southern and Central Africa.
This train carries young and old, African men
Who are conscripted to come and work on contract
In the golden mineral mines of Johannesburg
And its surrounding metropolis, sixteen hours or more a day
For almost no pay.
Deep, deep, deep down in the belly of the earth
When they are digging and drilling that shiny mighty evasive stone,
Or when they dish that mish mesh mush food
into their iron plates with the iron shank.
Or when they sit in their stinking, funky, filthy,
Flea-ridden barracks and hostels.
They think about the loved ones they may never see again
Because they might have already been forcibly removed
From where they last left them
Or wantonly murdered in the dead of night
By roving, marauding gangs of no particular origin,
We are told.
They think about their lands, their herds
That were taken away from them
With a gun, bomb, and the teargas, the gatling and the cannon.
And when they hear that Choo-Choo train
A-chugging, and a pumping, and a smoking, and a pushing, a pumping, a crying and a steaming and a chugging and a whooo whooo!
They always cuss, and they curse the coal train,
The coal train that brought them to Johannesburg. Whooo whooo! 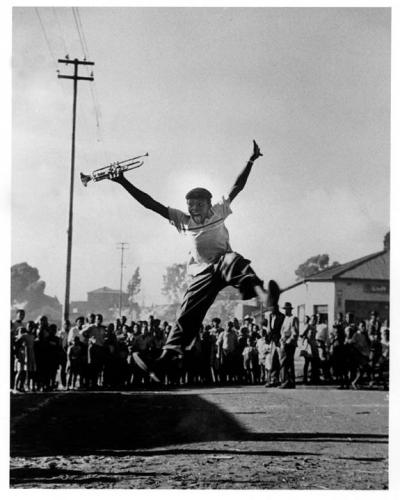