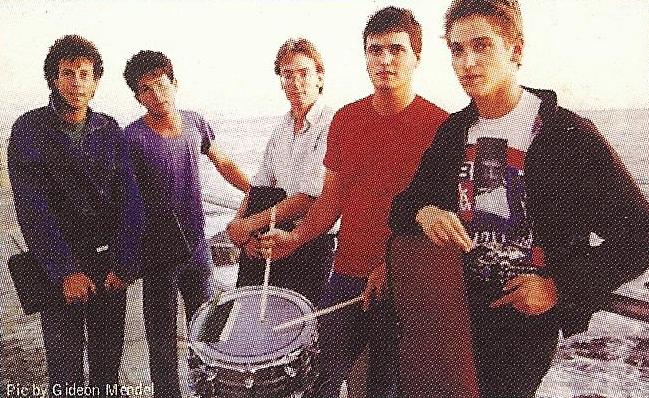 La più nota canzone di questo gruppo rock composto da bianchi sudafricani, un'allegoria del regime dell'apartheid e, in particolare, del periodo in cui il premier Botha ("Die Groot Krokodil") proclamò lo stato di emergenza. Per giunta, la melodia del brano conteneva un chiaro richiamo a "Nkosi sikelel' iAfrika", l'inno dell'ANC, che all'epoca era vietato eseguire in pubblico. Tanto bastò al regime per impedire i concerti del gruppo, richiamarne alcuni membri al servizio militare e determinare di fatto la fine dei Bright Blue...
I knew a man who lived in fear
It was huge, it was angry, it was drawing near
Behind his house, a secret place
Was the shadow of the demon he could never face
He built a wall of steel and flame
And men with guns, to keep it tame
Then standing back, he made it plain
That the nightmare would never ever rise again
But the fear and the fire and the guns remain

It doesn’t matter now
It’s over anyhow
He tells the world that it’s sleeping
But as the night came round
I heard its lonely sound
It wasn’t roaring, it was weeping

And then one day the neighbors came
They were curious to know about the smoke and flame
They stood around outside the wall
But of course there was nothing to be heard at all
"My friends," he said, "We’ve reached our goal
The threat is under firm control
As long as peace and order reign
I’ll be damned if I can see a reason to explain
Why the fear and the fire and the guns remain"